Following the successful conclusion of the PASCAL autumn school and hackathon in Ghana at the start of December, Jülich’s agrosphere research team and Geoverbund ABC/J are looking to continue and expand on their project in Africa. There are plans for an Africa Day in the second half of 2019, which will serve as a platform to present ongoing and recently completed research projects. 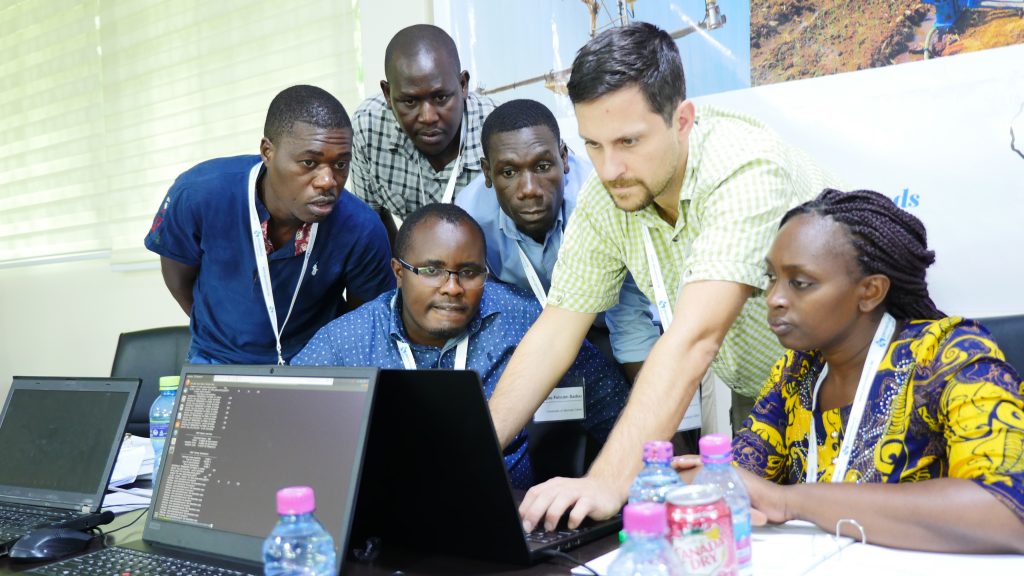 “We have received extremely positive feedback from the roughly 30 people that took part,” concludes PASCAL-coordinator Dr. Daniel Felten from the Jülich Institute of Bio- and Geosciences – Agrosphere. Many of the young scientists said that the autumn school had been a real “eye-opener”, indicating that they could use the insights gained during the projects days for their own research. “But what’s also important for us is that participants will pass on their newly acquired knowledge and therefore become multipliers,” explains Felten, who also heads the coordination office of Geoverbund ABC/J.

Following the success of PASCAL, the possibility of hosting a workshop and hackathon in another African country is now being explored in a bid to reach as many young researchers as possible. This would tie in well with Geoverbund ABC/J’s new strategy to pursue greater involvement in Africa. There are also plans to set up an office at Jülich’s Institute of Bio- and Geosciences – Agrosphere, which would coordinate activities and establish a platform for cooperation with partners in Africa.

The universities of Bonn and Cologne – partners of Geoverbund ABC/J – are also looking to expand their research in Africa. The new collaborative research centre “Future Rural Africa: Future-making and social-ecological transformation” (SFB/TR 228) was established in April 2018, for example. The collaborative project investigates changes in land use in rural Africa. The DFG is providing the project with roughly € 10 million in funding until 2021. It is against this background that Geoverbund ABC/J has made plans for an Africa Day. On this day, which will take place in the second half of 2019, ongoing and recently completed projects in Africa will be presented. “This will help us to strengthen the foundation of our Bridge to Africa,” Felten says.

Erhard Zeiss has been writer and editor in our press office since 2008.