Today I will mainly show you the advantages of being close to the Artic Circle. Every few days you can see an Aurora. For those of you who have never seen one my colleagues made an awesome video, which you can see below. There you can see how they move across the sky. Another advantage of the location of Kiruna in the far North are the low temperatures throughout the whole winter season. That makes the Icehotel possible, which is built every winter since 1989.


The ice for the hotel is grown the season before. Due to the slow flow of the river the ice can grow slowly and without bubbles. That makes it very blue and transparent. Besides the ice they make a material, which they call snice. For that they have built big forms on which they spray water from the river with snow cannons. After some days they remove the form and a very stable wall of snow is left. With these parts all the walls and ceilings in the Icehotel are built. Due to its own weight the snow starts to deform throughout the season and the ceilings are sagging by up to one meter in March. 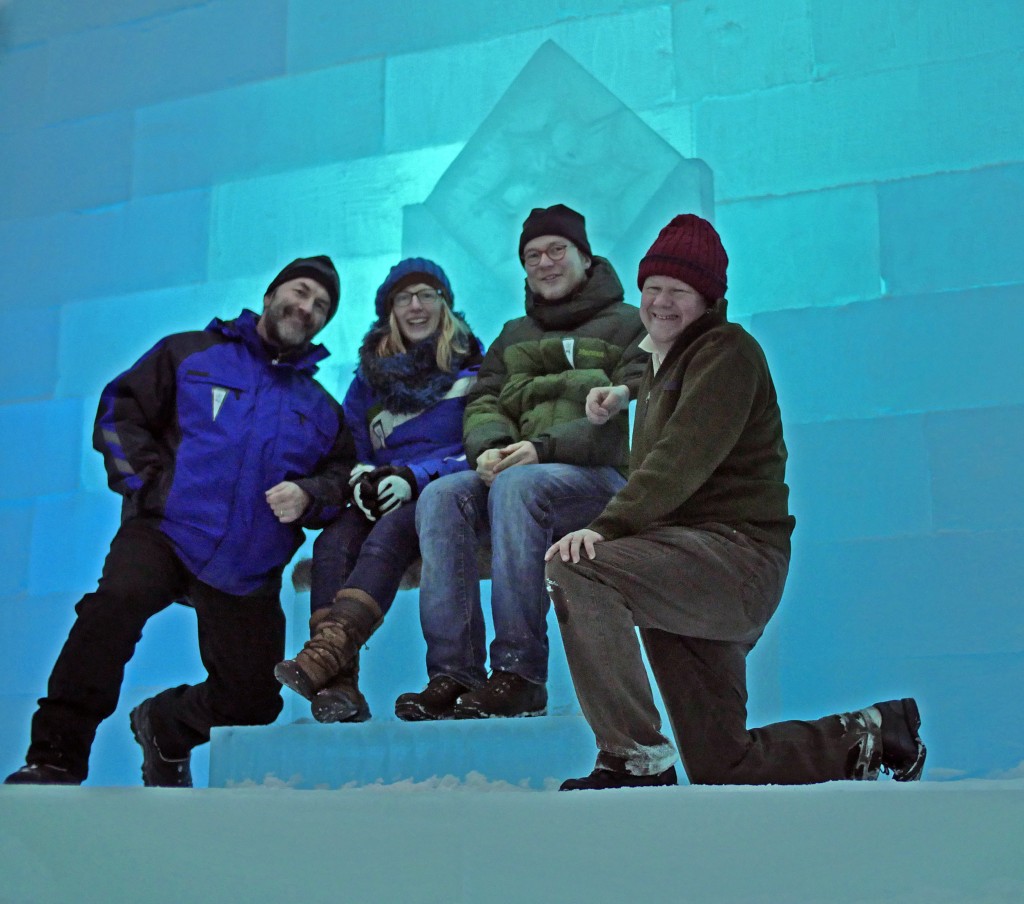 Scientists are ascending the throne of the Ice Queen. Picture by Peter Preusse, FZJ. 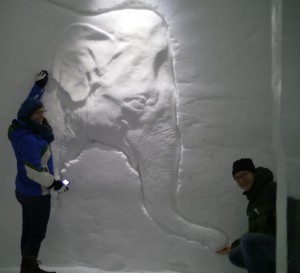 Elephant in one of the rooms inside the Icehotel. Picture by Peter Preusse, FZJ. 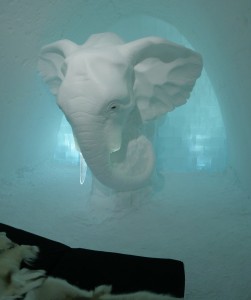 Impressive or scary? An elephant is watching over your sleep. Picture by Peter Preusse, FZJ.

The rooms are awesome but it is freezing cold inside, -5°C the whole year. An Icechurch and Icebar are also included in the Icehotel. In earlier times babies who were baptised in this church were only allowed to have names including the swedish word for ice, ‘Is’. So I could have been baptised here. Weddings are shortened to a maximum of 30 minutes, because the brides in general wear normal wedding dresses and start to freeze fast. In the Icebar, of course, the drinks are served in glasses made of ice. The smell however was not the best anymore as there were already some parties inside and there is no possibility to ventilate the bar properly. 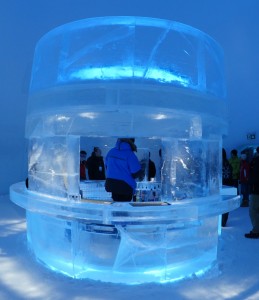 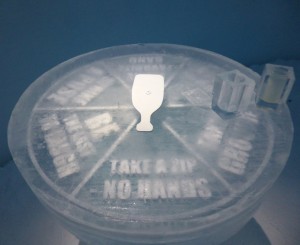 Playing games inside the Icebar. Picture by Isabell Krisch, FZJ.