Combining different scientific goals into one flight is a very complex process. The flight planning for the 15th scientific flight of the POLSTRACC/GW-LCycle Campaign started three days in advance. Different Teams presented their ideas about where to fly. Fast (that means after just 3 hours of discussion) a conclusion was made that a complex tropopause structure approaching over the Atlantic was a very interesting scientific goal and that could be combined with sampling a gravity wave structure over Northern Scandinavia. Two days before the flight, the plans got more detailed and everyone concluded on probeing the structure the moment it hits the Norwegian coast. A preliminary flight plan was made and handed over to the airtraffic control of the different countries. One day in advance another flightplanning meeting was set at 10:30am to finalise the flightpath according to the latest meteorological forecasts. Just when everything was finalised the info arrived that there will be a big military excersise in Norway exactly when and where we wanted to fly and the airspace will be closed. The planned flight was not possible anymore. 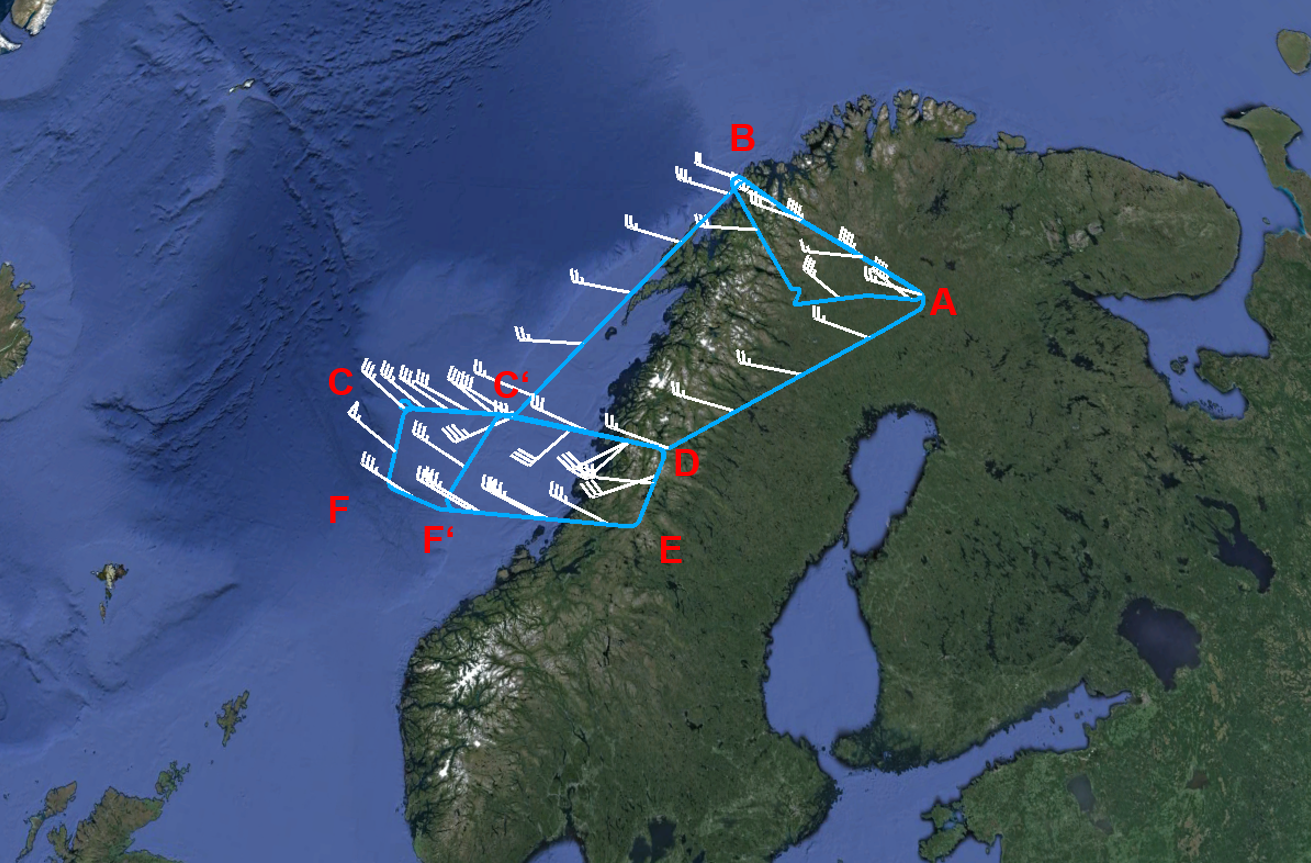 What should we do now? Under a lot of time pressure as the final flight template has to be handed in until noon we started to think about alternatives. After some discussion it was obvious that there is only one chance to combine all the scientific goals into one flight: shifting the take-off time to 4am. Due to this shift the meteoroligical situation was different and the interesting tropopause structure was above the Norwegian Sea and not above the coast, as planned before. So the whole flight pattern was moved to the west. Meanwhile our contact persons in Kiruna tried to organise early morning opening times to make a 4am take-off possible. On a Sunday he called all his colleagues and surprisingly it worked. On Sunday afternoon at 5pm we got the confirmation that the flight on Monday was possible. After this final decision the hangar got empty very fast as the first people had to be back at midnight to warm up the instruments and get everything working before take-off. 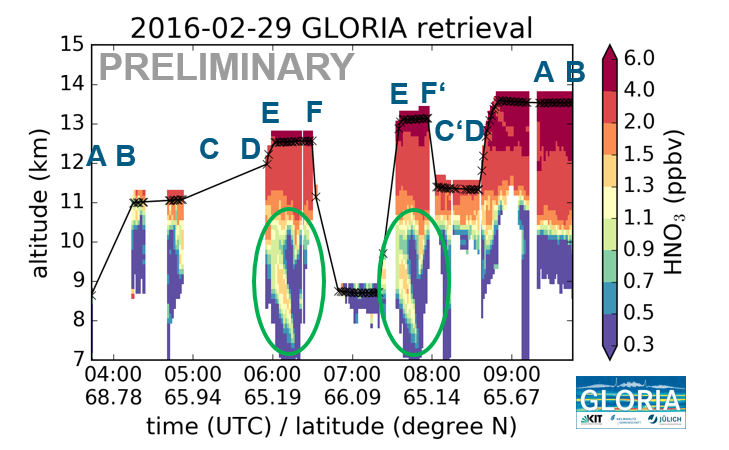 GLORIA HNO3 quicklook. Marked in green are the areas, where the tropopause structure can be seen.

Finally the flight could be performed almost as planned. On the last flight leg above the Norwegian coast HALO got instructions from the air traffic control to shorten the leg a bit to empty the airspace for the military. Nevertheless the flight was very successful and very interesting data has been collected. The two plots show first quicklooks from the GLORIA instrument. Shown are curtains of HNO3, a tracer for stratospheric air, and temperature along the flightpath. In the HNO3 plots the tropopause structure can be seen clearly. The temperature shows the gravity wave measured above Northern Scandinavia on the last leg. 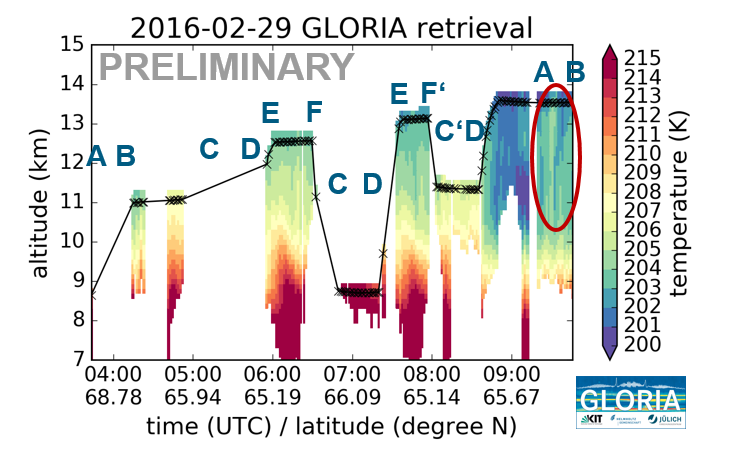 GLORIA Temperature quicklook. Marked in red is the area where the gravity wave structure can be seen.