After yesterdays 11 hours flight with refuelling stop in Kangerlussuaq in Greenland, today we are already preparing for take-off again. And we are going to – try a guess – Greenland. There are already jokes going on, that we should have taken the base in Iceland, as many flights brought us to the Canadian coast and over Greenland. Luckily HALO has such a long range – it could fly till San Francisco without refuelling.
The scientific goal of yesterdays flight was to probe air which ascended around the equator and was transported within some years to the pole. We could measure the composition of this aged air finally after its descent above the Canadian east coast. To get as high as possible in this region, the aircraft needed to refuel in Kangerlussuaq to have an empty tank just before. On the way back from Greenland they had an awesome view on the vulcanic island of Jan Mayen, which you can see on the picture. 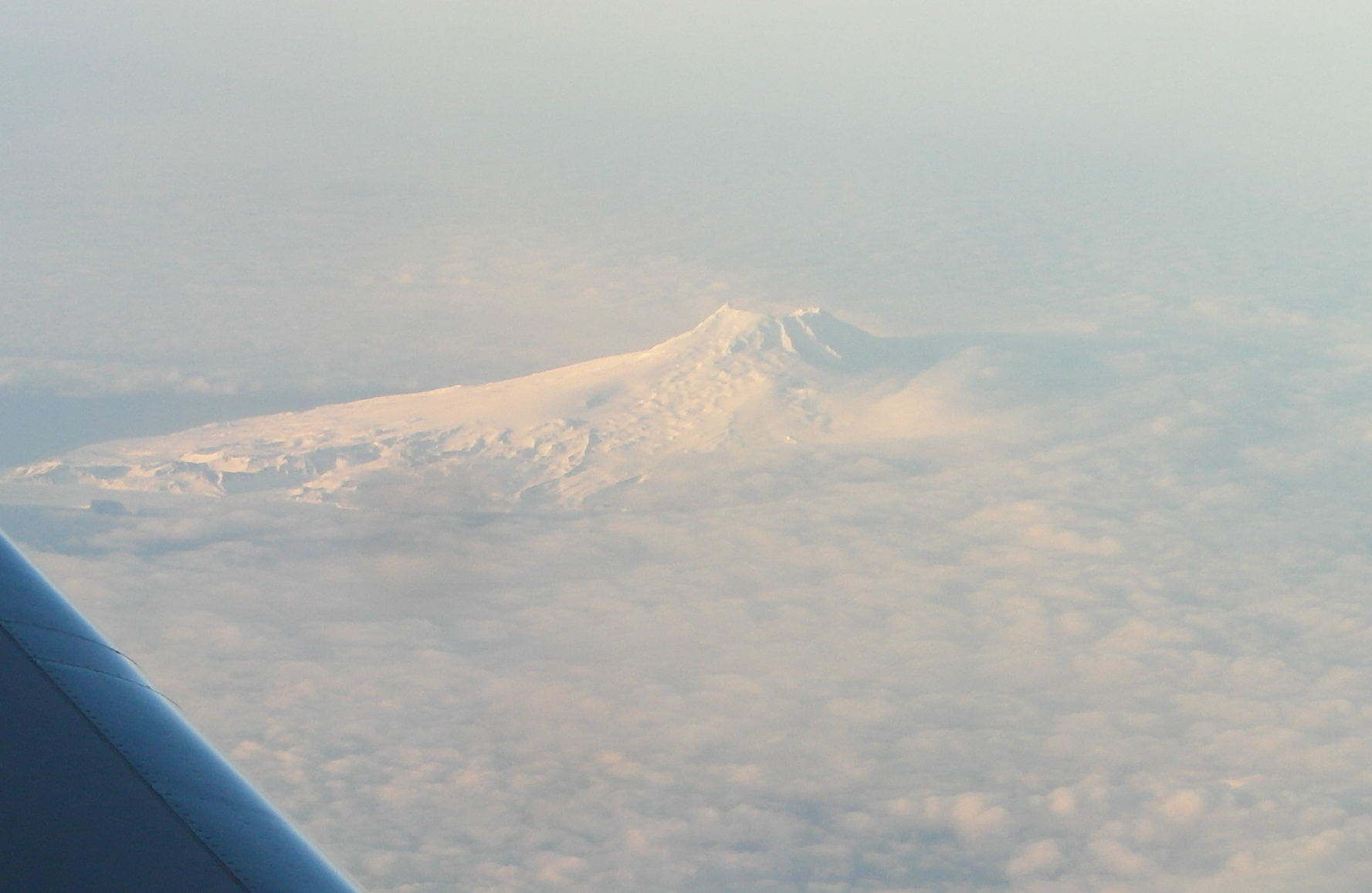 Todays flight goes again to Greenland, this time to hunt for gravity waves. Most of you will wonder why HALO could not spend the night in Kangerlussuaq and save the travel time. The main reason is that there was no hangar available. And without a hangar the plane would get very cold and some instruments would suffer. Also most of the scientific instruments need a special starting procedure or need to be cooled before the flight. For that trained personal is needed. Unfortunately there are only 5 operator places in HALO and not all instruments have an operator on board. Furthermore snowfall was predicted in Kangerlussuaq and our lady is a bit picky with snowfall as it does not like deicing.
As I said before, todays flight is dedicated to gravity wave research. We had a lot of gravity wave flights during this campaign, nevertheless this one is a unique case. The gravity waves are excited at a turn of the polar jet through geostrophic adjustment and are not mountain waves as the waves we probed before.
And while I am writing this blog post HALO already took off. You can follow its way on Gloria Watch. 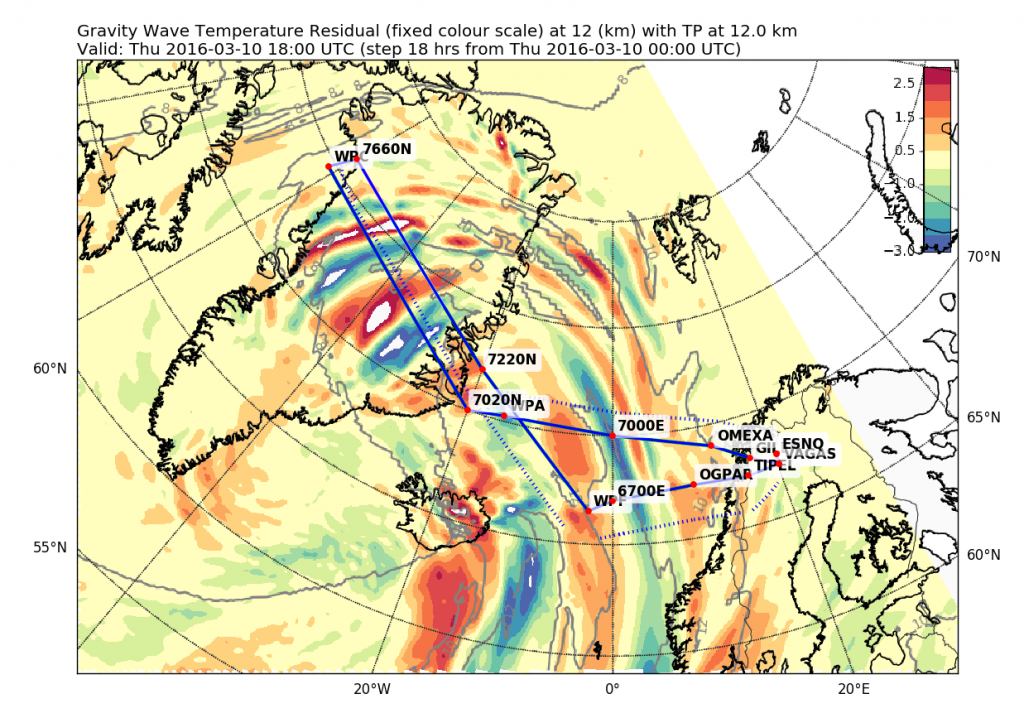 Todays HALO flight. Shown are the temperature residuals in which the gravity waves above Greenland can be seen clearly.