After what seemed to be a slow beginning (delay of the research aircraft arrival, delay of EMC tests and also delay of equipment shipping to the campaign site), the campaign is now running at full speed and already three successful measurement flights took place (July 27th, 29th and 31st )! During those flights measurements in the Asian monsoon anticyclone were made. In total 9 flights are planned, so there are still 6 to go. The last flight is currently scheduled for the 12th of August. Hence, every other day a research flight is planned. The next one is scheduled for tomorrow afternoon. 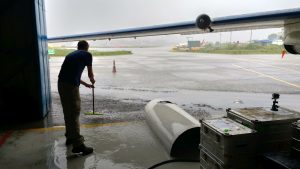 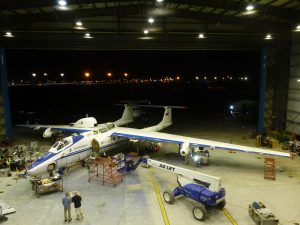 Preparation for the first measurement flight (picture by Thorben Beckert) 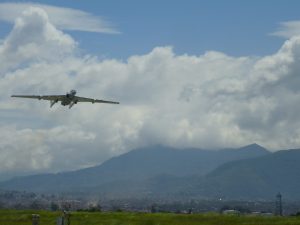 25 instruments are implemented on the Geophysica and almost all of them worked during those flights. However, prior to take off for the first flight, the aircraft had to wait in the sun for around 1.5 hours and some instruments overheated and did not perform measurements during this flight..

Together with a few colleges I just arrived in Kathmandu and can therefore write about on-site impressions from now on..