Today was research flight number 5 of the WISE campaign. This flight went from Shannon to Iceland and its aim was to study an atmospheric gravity wave. The wave was excited by wind over the Icelandic mountains and propagates vertically to the flight altitude of 14km and even higher. A similar wave was already observed during a previous campaign in January 2016 over the same location. A reconstruction of this 2016 event can be seen here. Today a similar gravity wave may have facilitated mixing between the troposphere and stratosphere as very strong gradients of ozone and other trace species were present in this region. So we are excited to learn about the similarities and differences between today and the case last year.
Tomorrow, we have day off and most of us will go to see the Cliffs of Moher so I hope my next blog post will tell you a bit about beautiful Ireland. So stay tuned!

Colleagues from FZJ and KIT are preparing the GLORIA instrument for take-off. 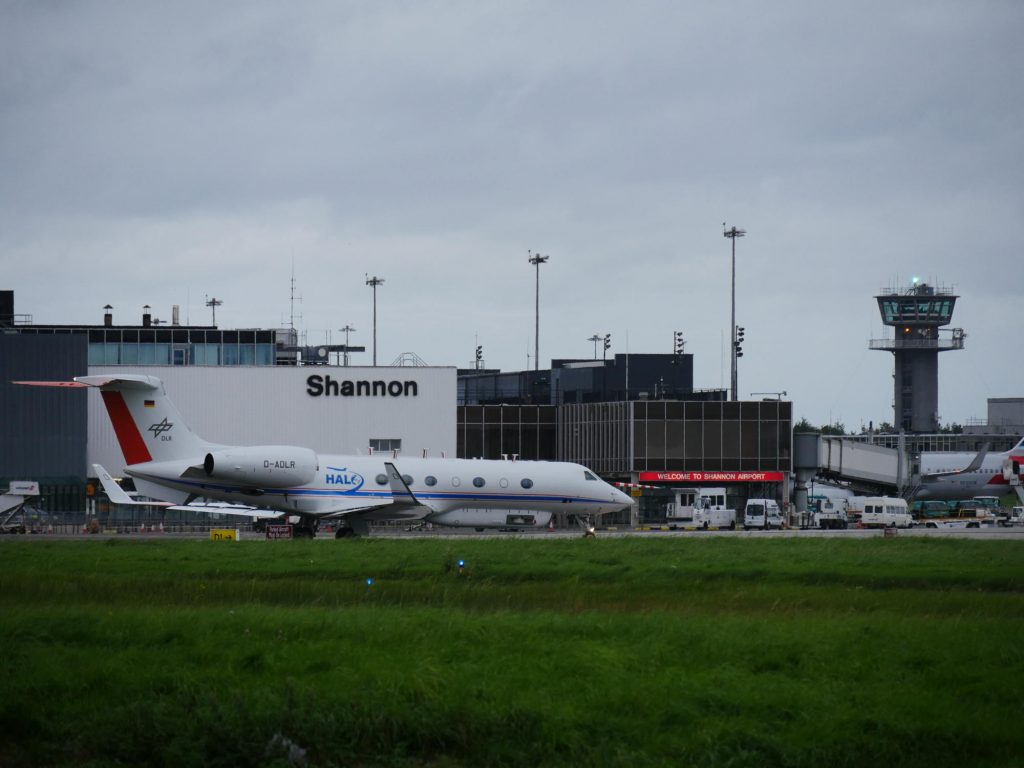 The HALO aircraft at Shannon airport.