As a journalist, I am used to asking questions, getting answers and writing about other people, events and occurrences. Rarely do I speak about myself and my work. It happened that for about six years while I was working as a radio technician and creative producer, I was used to being behind the scenes and making sure everything runs smoothly. So today, I am taking the challenge to tell you a little bit about myself.

My name is Sophie Mbugua. I am from Kenya and am based the capital city,  Nairobi. Kenya is in East Africa, one of the most magical countries with not just lovely people, but spectacular wildlife, and beaches basically if you love traveling a Kenyan Safari should rank high in your to do bucket list.

I am a freelance science journalist – which I  started  in November 2014. I just happened to complete my undergraduate in 2013, and interned at the United Nations Office on Drugs and Crime (UNODC). Having undertaken a double major in development and mass communication, I needed to understand how the development communication world worked having been at the media for almost six years then. That’s how I ended at the UNODC. But at the end of the internship period and graduation, it was time for a new challenge.

I am passionate about environment and communities. I needed something that bridged development and mass communication. That’s how freelancing was born.

Sophie exclusively reports on environmental issues in sub Saharan Africa. That’s how I define myself. I am conversant in radio, print and photography. My articles and podcasts see few

I have also worked as a Communication Consultant, where I helped organise media activities for the African Group of Negotiations Chair during the 22nd Conference of the Parties (COP22) and the Africa Renewable Energy Initiative (AREI) in Marrakesh Morocco.

In 2015, I was a Climate Change fellow with the French Media for Cooperation, (CFIMedias) reporting on climate change negotiations all the way to the landmark Paris Agreement.  Come 2016 and I was a Cross Border reporting fellow in Democratic Republic of the Congo and Rwanda with the International Women Media Foundation (IWMF) and also a 2016 Cohort 4 mentor at the (YALI) Regional Leadership Centre, in East Africa.

Late February this year, a communication expert at the World Agroforestry Centre (ICRAF) in Nairobi, sent me an email about a German project looking for African environmental journalist. Going through it, my mind instantly thought – my kind of thing. It was about food production systems , climate change,  agriculture and scientists seeking to work with journalists!

Being ecstatic is an understatement. This was an application that I had done a long time ago and forgot about it. It took me couple of days to wake up to a dream that I had actually won the fellowship.

So, I am in Berlin for the first time – if you keep it here, I promise to tell you all about my first week experience next week.  Deal? 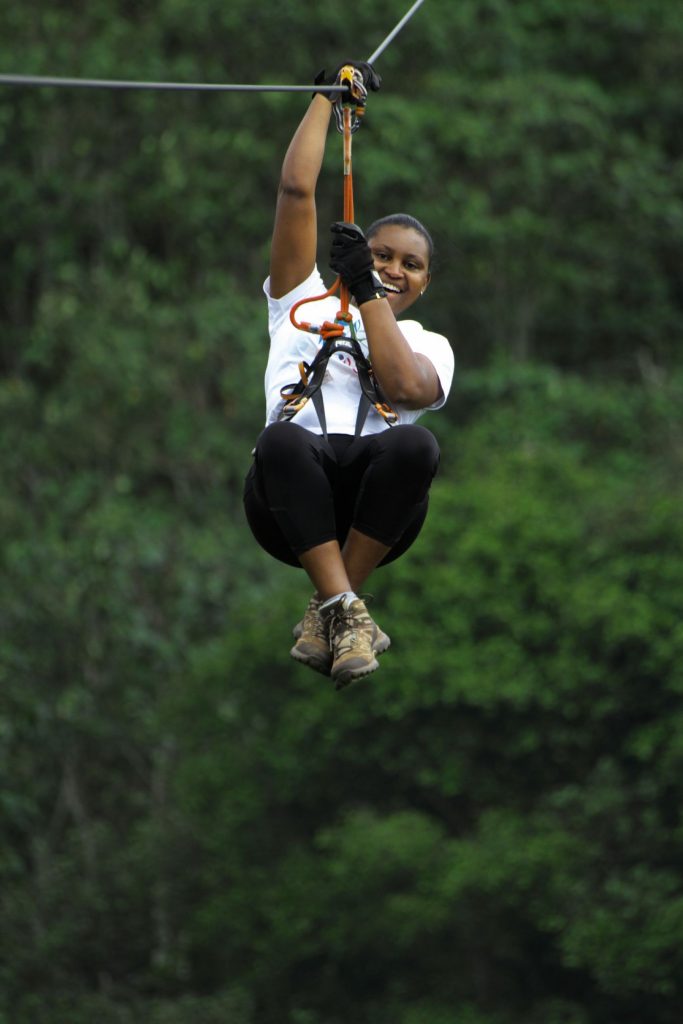 Ziplining at Kereita Forest at the tip of Aberdare Ranges in Kenya /Picture: private