It’s one thing learning a language in class and another speaking it with a native outside the classroom. Mixed reactions with some encouraging you to speak more while give you facial expressions exclaiming, “that was so wrongly pronounced.”  But all in all, the last one-week has been a sehr gut “very” good experience.

I am in a group of five Fellows with whom we are learning the German language as part of the 2018 German Southern African Journalist Program, a component of the International Journalist’s Programmes (IJP). It starts with official meetings of program organizers and will be running till end of July with fellows being placed in German media houses.

About 120 journalists from 10 regions globally get awarded an IJP fellowship annually.

Now, back to the German lessons! They say times flies when you are having a good time. Eight weeks sounded like a very long period! But now on my second and final week into the Deutsch lessons, I want it to start off all over again. 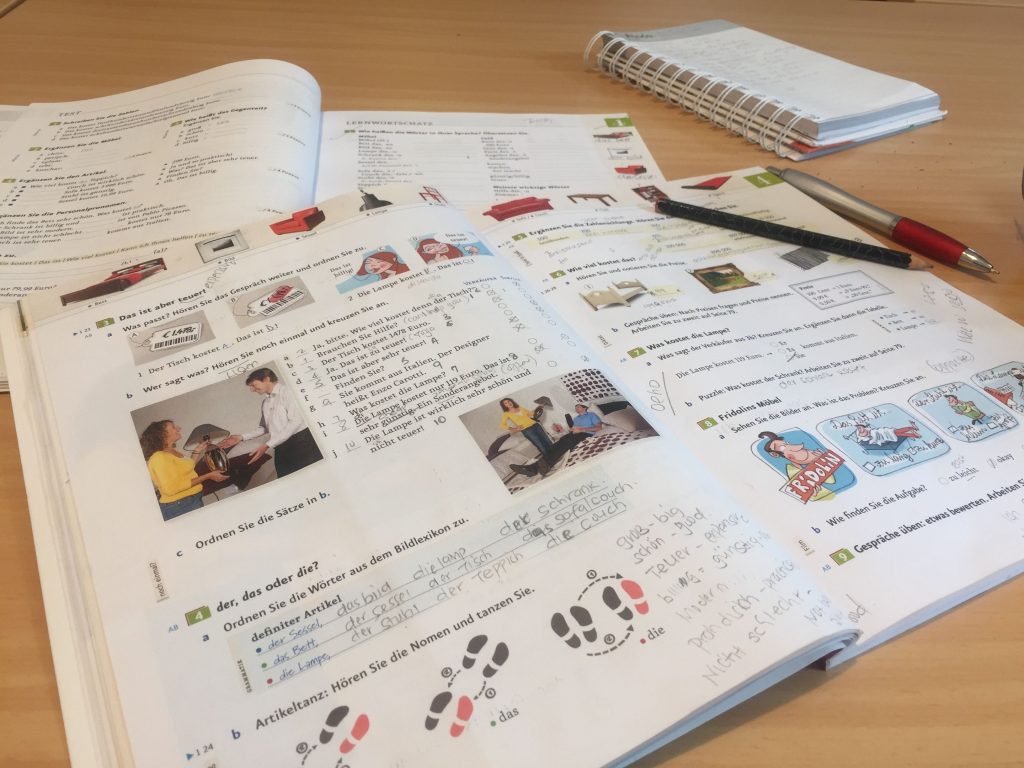 During a german class at the Logo Sprachenschule in Berlin. Picture: Sophie Mbugua

Now, if you have been to a foreign country where the official language is not your tongue, then you must relate with the frustrations that come with it. Pointing at food on menus because you cannot pronounce names, staying glued at the train’s screen because taking your eyes off for a second could mean you missing your destination? That was me for a few days last week.

Finally, the language is no longer so foreign! I can relate when some words are mentioned away from class. I light up when familiar words are mentioned! And yes, I can also count a few numbers – a seemingly insurmountable problem last week. Interestingly, Germans count from left to right. And just like French it has feminine and masculine nouns.

Intrigued, we asked the calm, composed and patient Lehrer (teacher) Frau Angelica SuBner why that is so, and also, how you differentiate between feminine or masculine nouns. “Languages are historical, not logical” Frau SuBner explained with a smile. “We just have to learn them from the heart”

As the world becomes globalized speaking two or more languages is a great asset. It is not only a way to understand other cultures, but it also fosters new friendships, boosts your resume and opens up a world of opportunities. It’s also a challenging process cognitively as one engages their brain to recognize, negotiate the meanings in one’s native language as well as the foreign while communicate in different language system.

Luckily, my host family – a lovely family of three – is helping with my daily practice. I’m enjoying interacting with them especially Malia Neumann, an intelligent and enthusiastic ten year old girl eager to teach me the language over meals and getting to know more about the culture and language. I’m actually off to do just that – talk some more and catch up on the day’s football matches.

Did you know football is the most popular sport in Germany. I will tell you about it in the next blog and the Fête de la Musique 2018 – a French music festival – coming up this Thursda.