It’s been four weeks of anticipation, but finally, I am at Forschungszentrum Jülich a massive and multi-disciplinary research Centre within a small town.

It is located at the heart of Stetternich Forest in Jülich – a medium sized town with approximately 33,000 inhabitants – in the district of Düren, federal state of North Rhine-Westphalia west of Germany. 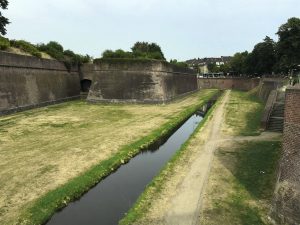 Jülich is a historical fortress that is now a modern research town located about 40 kilometers to both the Netherlands, and to the Belgian border. It derives its name from Juliacüm – an important road through the Rur valley during the roman time. It stands in the Rur valley on the banks of the Rur River  – a trans-boundary ecosystem shared between Belgium, Germany and the Netherlands.

On arrival at the research center, most prominently spotted is a mixture of the old and new buildings, the seecassino -Julich canteen – overlooking a scenic lake at the heart of the research center covering an area of 2.2kilometres Square and an attractive foot pathway right into the woods.

I have spent almost a week here – ooh where has all the time gone? My interest’s range from soil research, plant science, climate change, waste water management, energy, Nanotechnology, understanding this massive supercomputer world and am afraid it feels like I have just arrived with too much I would want to explore but here on borrowed time. 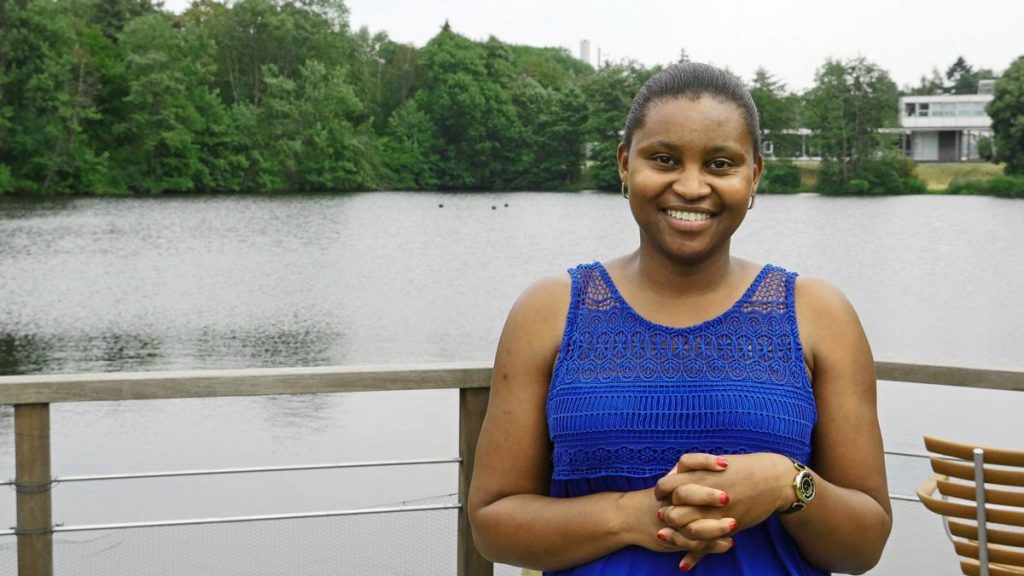 Sophie Mbugua in front of the “Löschteich”. Picture: Marcel Bülow

The thing is, the research center is like a one-stop shop! Picture that one shopping mall containing all your favorite clothing’s, electronics, your baby toys, cosmetics, and shoes – name it! That place you want to spend an entire day. I am doing my best to learn as much as I can and hopefully tell you more about what this rich, one of a kind research center has to offer.

I am stationed in the communication department with warm, knowledgeable and supportive colleagues. My schedule is full but admittedly has not received this much love for a long time. The food is terrific and homely at the Seecasino –by the lake offering a splendid view and breeze – it’s a perfect place to go for a break that we do with the team.

It’s impressive the amount of coffee consumed not only here at Julich after lunch but also the cities I have visited while on this fellowship. Now, coming from Kenya, the largest black tea exporter globally according to the UN Food and Agriculture Organization (FAO), you can imagine I would definitely be enjoying a cup of tea after lunch while my colleagues’ partakes a cup of coffee. 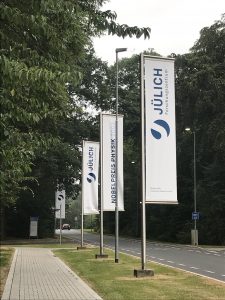 Besides hosting among the most significant interdisciplinary research centers in Europe – the Forschungszentrum Jülich, its home to the Peter Grünberg Institute.

The Peter Grünberg Institute is solely dedicated to fundamental research on novel physical concepts and emerging materials in information technology and related fields.

The late Peter Grünberg, a German Physicist, was the 2007 Nobel Prize laureate in Physics together with the French physicist Albert Fert. The two physicists discovered the giant magnetoresistance that saw a breakthrough in gigabyte hard disks.

Established 60 years ago by the state of North Rhine-Westphalia as a Nuclear Research Centre, the Forschungszentrum Jülich that changed its name from Kernforschungsanlage Jülich in 1990 has evolved into one of the largest interdisciplinary research centers in Europe. 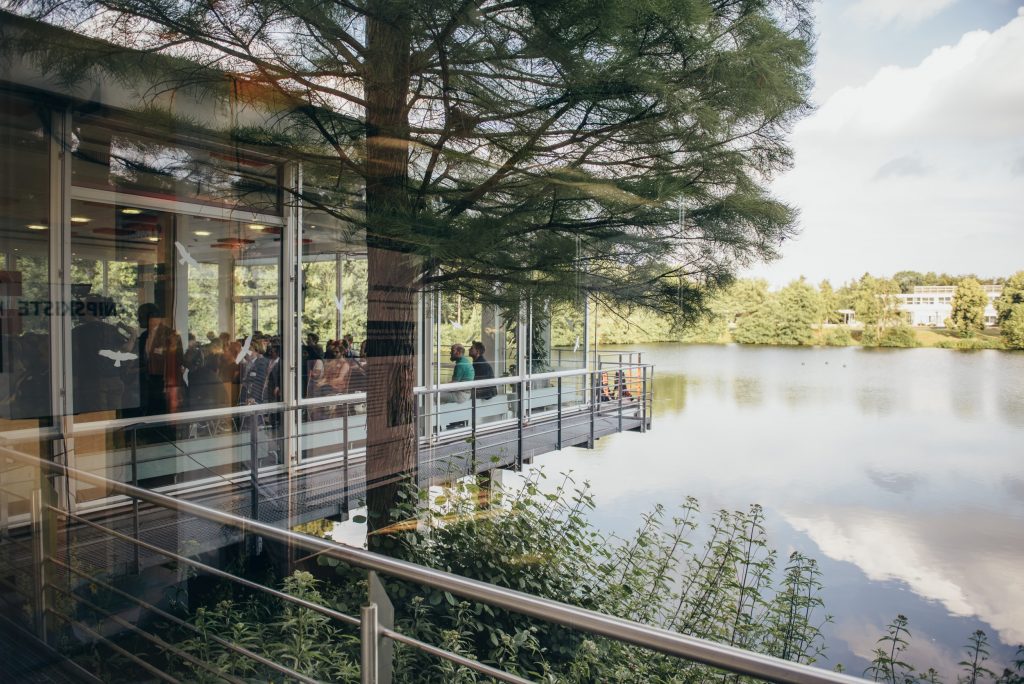 In a developing world of digitization and innovations requiring high-performance computing, big data, scientific simulation and future technologies, Jülich scientists collaborate with others scientists, universities, private sector industry and government in a wide range of disciplines.

With a share capital of about Euro 600 million (as of 2016), the Federal Republic of Germany with and the Federal State of North Rhine-Westphalia funds the center. This includes Euro 250 million received from third-party funding from research and development activities for industry.

It host’s nearly 6000 employees with whom over 2100 of them are scientists. In 2016, the research center hosted over 500 doctoral researchers and almost 900 visiting scientists from 65 countries. 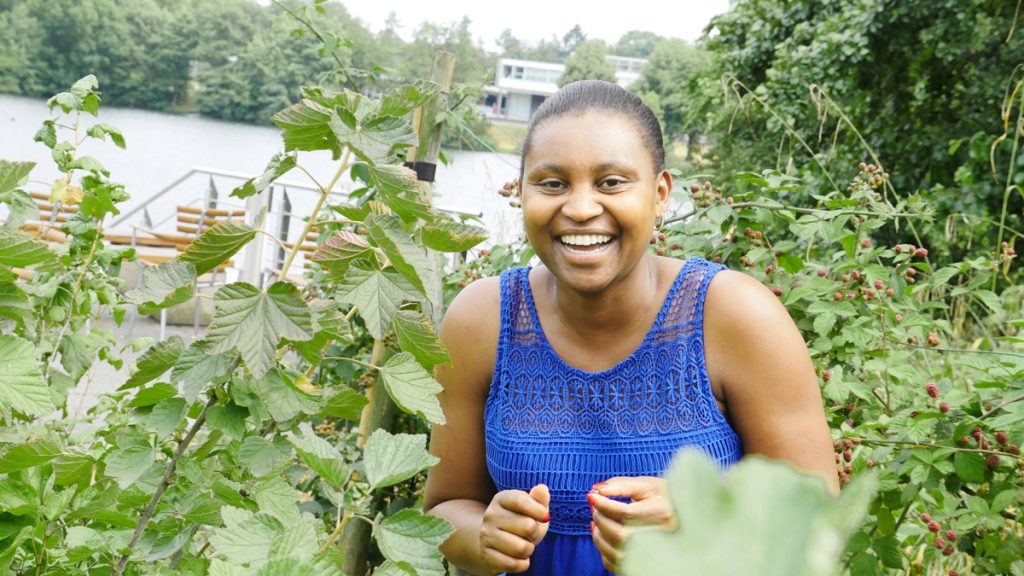 Forschungszentrum Jülich aims to support young people and early career scientists. Therefore, it hosts a pupil’s laboratory called the JuLab located in the middle of the research campus. Daily it showcases interdisciplinary research and development innovations through visits to the center, facilitation to attend research weeks or little scientist’s day.

In 2017 about 80 Forschungszentrum Jülich employees visited their children’s kindergartens equipped with experiment materials where besides discussing what between baking powder, salt or a sparkling tablet makes the best bubbles in water and lemon juice, the over 2000 children built a fire extinguisher where a sandbox provided the volcano setting.

Well, that’s it for now, but on the next blog, I will tell you about an interesting soil research where young African scientists and Jülich Geo-scientists will spend a week this autumn in Accra aimed at building a scientific bridge in Africa. Until then, kindly check out my website https://sophiembugua.com/ for a taste of what I write about within the sub-Saharan Africa region.