Today I will show you a bit around and tell you what we do besides preparing scientific flights. This post will be mainly a collection of pictures. At the end today’s HALO flight will be presented shortly.

Some days ago, an Airbus A320 neo (new engine option) was in front of the Arena Artica for engine testing in the cold. The engineers from Airbus were happy to show us around inside the plane. There are test sensors everywhere inside and outside the plane. In the back 4 big screens are mounted, where the engineers can monitor all parameters. When the airplane is in the air, the engineers are even able to take control over the aircraft completely and steer it from the back with the help of cameras mounted on top of the aircraft. It was quite impressive to see an airplane in testing state. 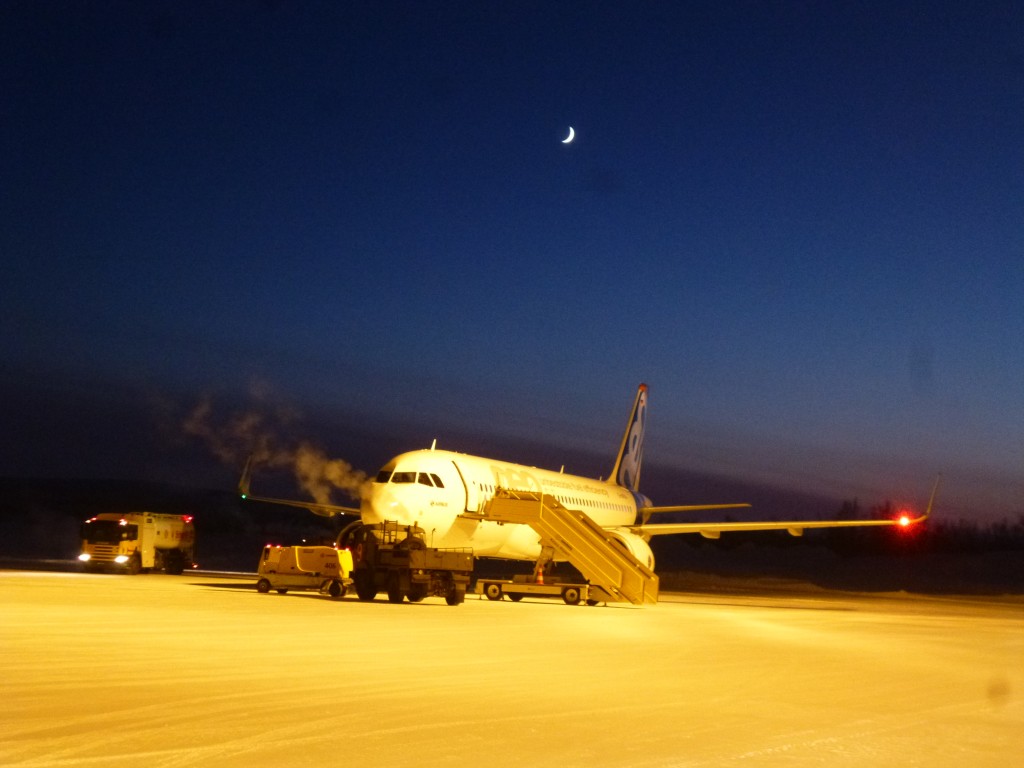 Airbus A320 neo in front of Arena Arctica. Picture by Isabell Krisch

As Kiruna is far North and it’s dark around 18 hours a day, the conditions are very favourable for Auroras. As I have never been that far North in Winter it was my first time I saw some. It is awesome to see these green haze moving over sky. 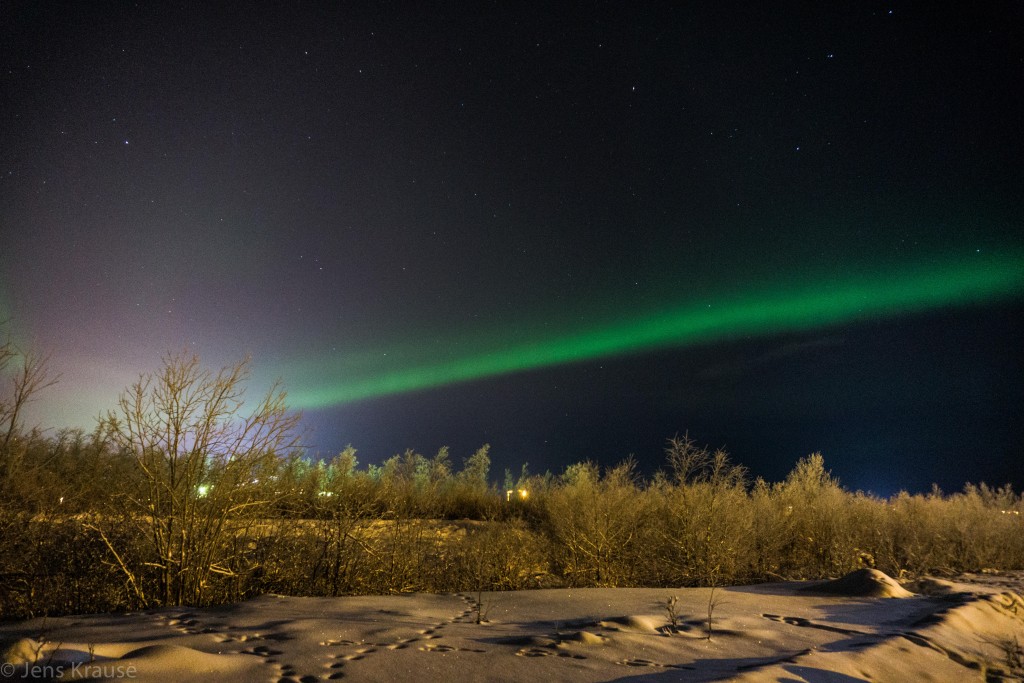 Yesterday we went for Lunch to Jukkasjärvi, a small village near Kiruna. Here an Icehotel is build every winter. The whole building is made of big ice blocks and even the beds inside are made of ice. They are covered with reindeer skin and said to be really warm. Prices for an overnight stay start from 250€.
We went for Lunch to a restaurant next to the Icehotel and had a short look at the outside, which you can see in the picture below. 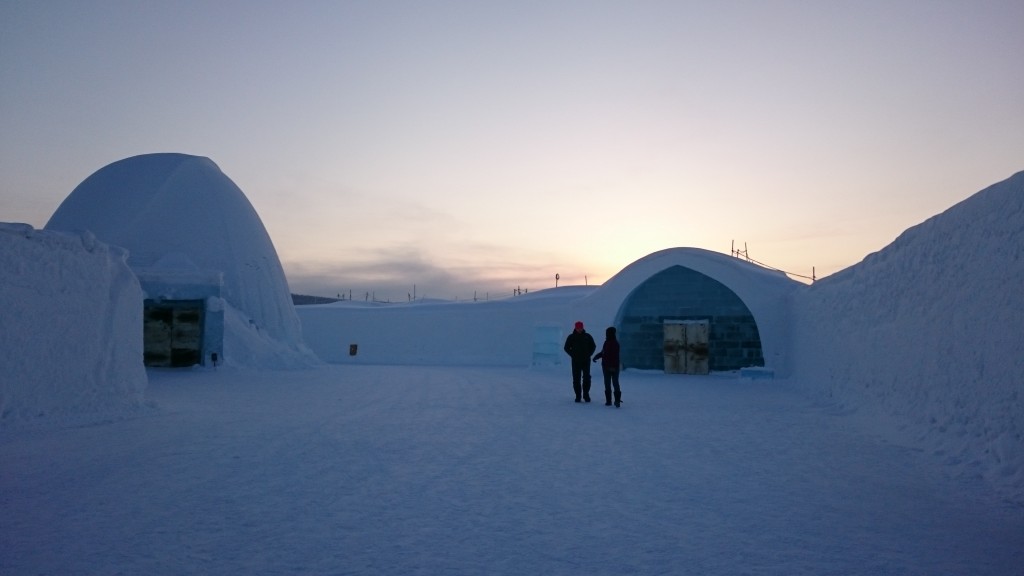 In Kiruna we are staying at the Folkhögskola, where we rented 3 houses with 6 rooms each. Every house has a little kitchen and a living room. On the very right on the picture below one of the houses can be seen. A Sauna is provided in the main building, which is used by some colleaugues almost every day. The breakfast is also served in the main building. In the evenings we meet in one of the houses for dinner and card games. Sometimes we also go into town to a restaurant and/or pub. 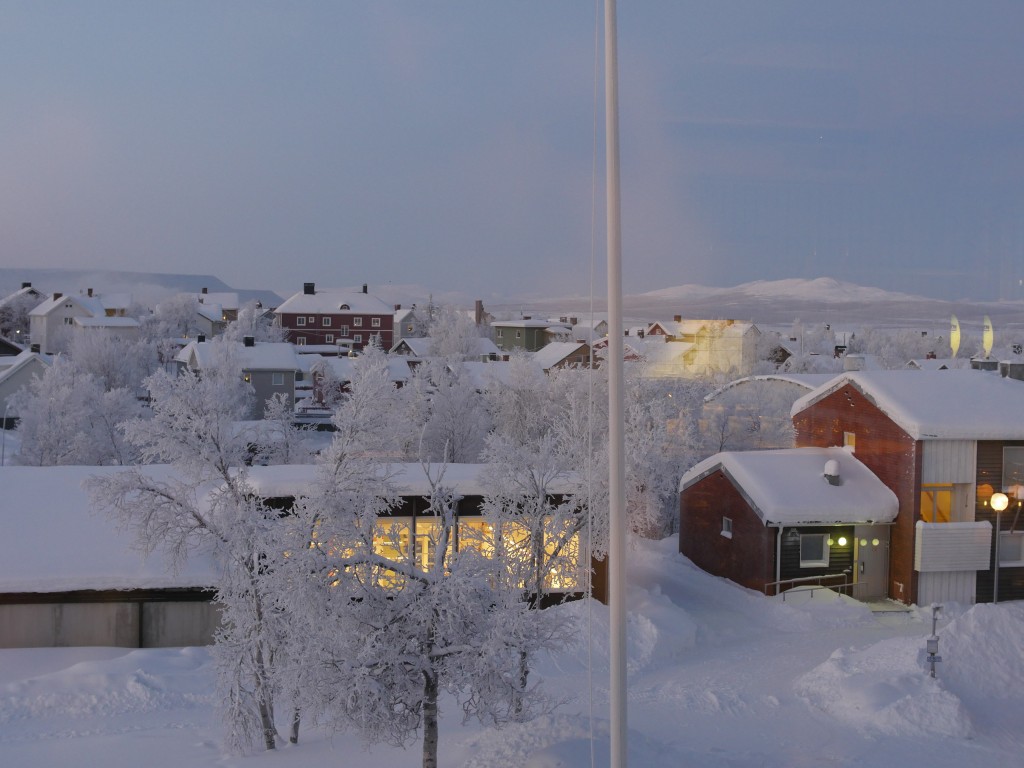 View from the breakfast room of Folkhögskola Kiruna. Picture by Peter Preusse, FZJ.

After sunday (when the planned HALO flight was cancelled) the weather conditions improved and a flight on Monday to Southern Scandinavia was performed. Today is another flight, this time towards Iceland, Greenland and Spitsbergen. On this flight we hope to see some Polar Stratospheric Clouds (PSCs) off the coast of Greenland. CALIPSO Satellite images showed PSCs there down to around 15 km. The picture below shows the HALO take-off today. 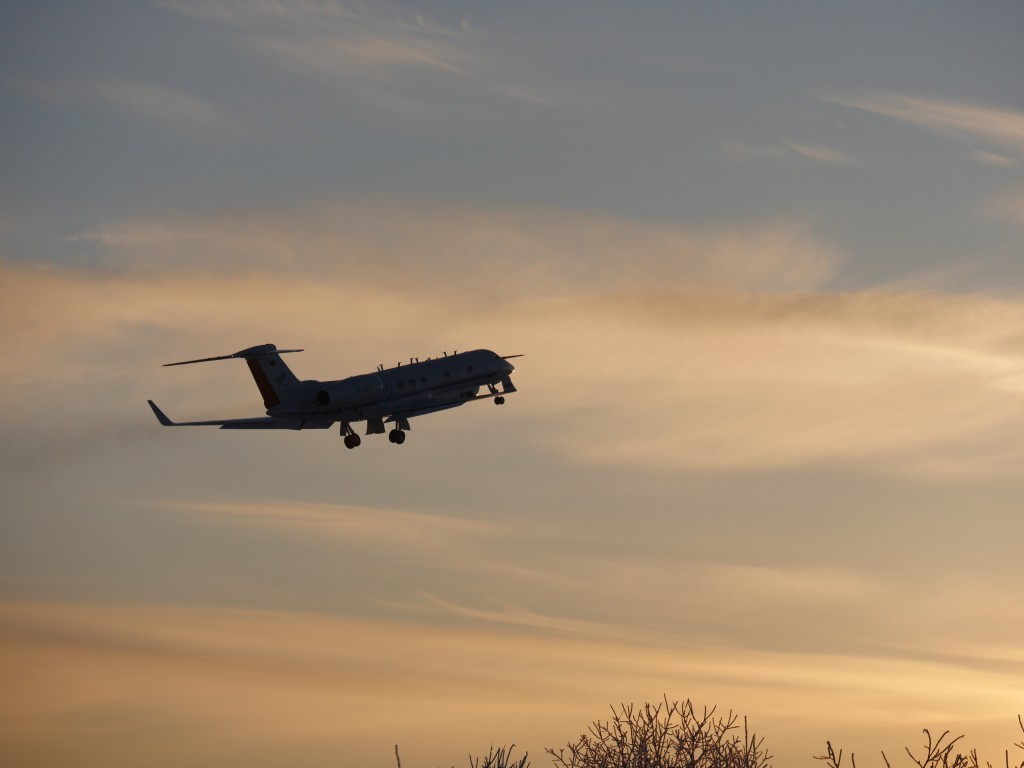 One Response to “Some pictures”