We are back in Germany – green, rainy, well-organised, toilet paper deprived Germany – oh how we missed you, or did we?! I`ll admit it dealing with the thought that we might not be able to get back was pretty unpleasant, but I can`t say that I felt particularly homesick over the last two weeks and I hope neither did the other fieldtrippers. Letting go of the excursion routine, the great outdoors and the people that surrounded you non-stop is easier said than done. So, to make our transition back into our everyday lifes a bit smoother and to say goodbye to our readers, I am writing one last blog.

Apart from the difficulties to abide traffic rules and the inside jokes, I swear every time someone says the word ‘egal’ I have to suppress the urge to repeat it, what do we take home from two weeks in the desert?

First of all there are a lot of hard facts that we learned. We are now familiar with the geology of Oman, from its highest peaks to its deepest oceans and from the Precambrian to the Holocene. We learned about the settlement history and looked at the traces that our earliest ancestors left there. We studied the Sultanate`s modern society, how it works on a cultural and political level, where its wealth comes from, how it provides itself with resources and food and how it invests into the future. We gained knowledge about the climate, flora and fauna of the country and were surprised by their variability. As someone who has serious trouble memorising hard facts (as demonstrated impressively) I have to say that learning in the field, where you can touch, lick, climb or even talk to the subject of interest, is much easier than learning from a book. They say a picture is worth a thousand words, but I`d state an experience is worth a thousand pictures – you may print that on a t-shirt – you`re welcome.

We studied Oman from the highest peak Jebel Shams to the deepest Ocean. © Kim Hußmann 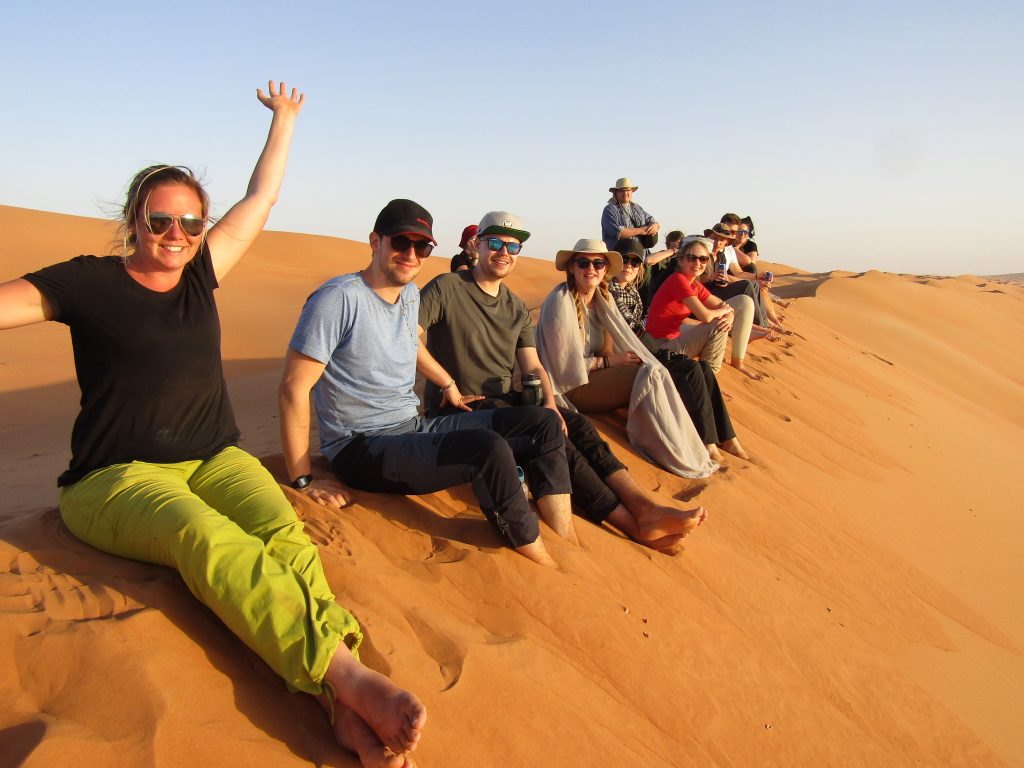 Some people are more excited about dunes than others. © Michaela Falkenroth 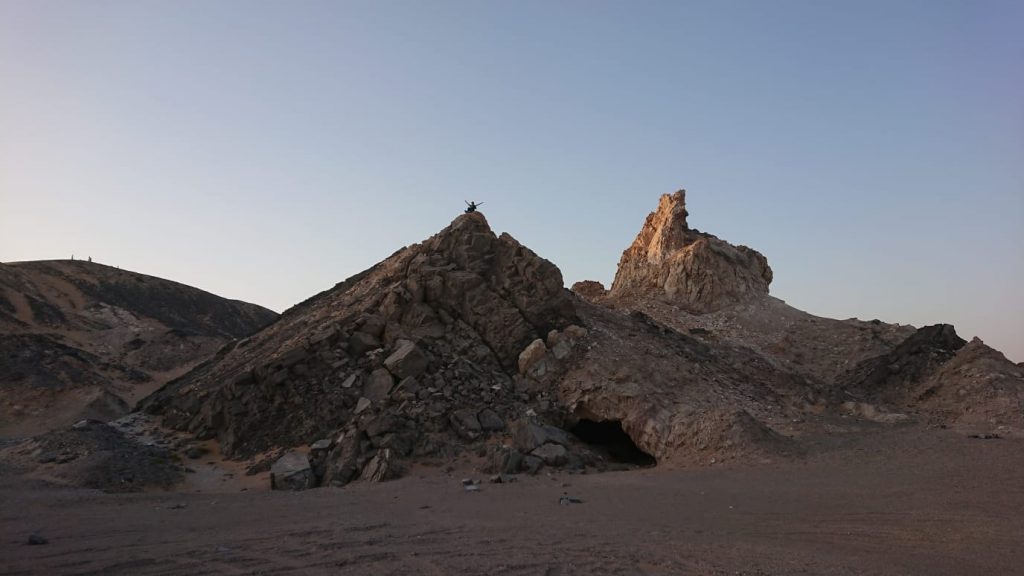 We explored Oman from its deepest oceans to its highest peaks. © Michaela Falkenroth

What we also take home is the realisation that none of our fields can exist without the other. You can joke about the interdisciplinary style of this excursion as much as you want, complain about not seeing enough outcrops, laugh at the thought that snorkelling in coral reefs is sold to you as an educational measure, but eventually you`ll realise why this kind of fieldtrip is very valuable. Each year students state how surprised they are about the linkages between their individual specialisations and how much it helps to understand the bigger picture when you look at each part of the puzzle and not just the ones you are particularly interested in. 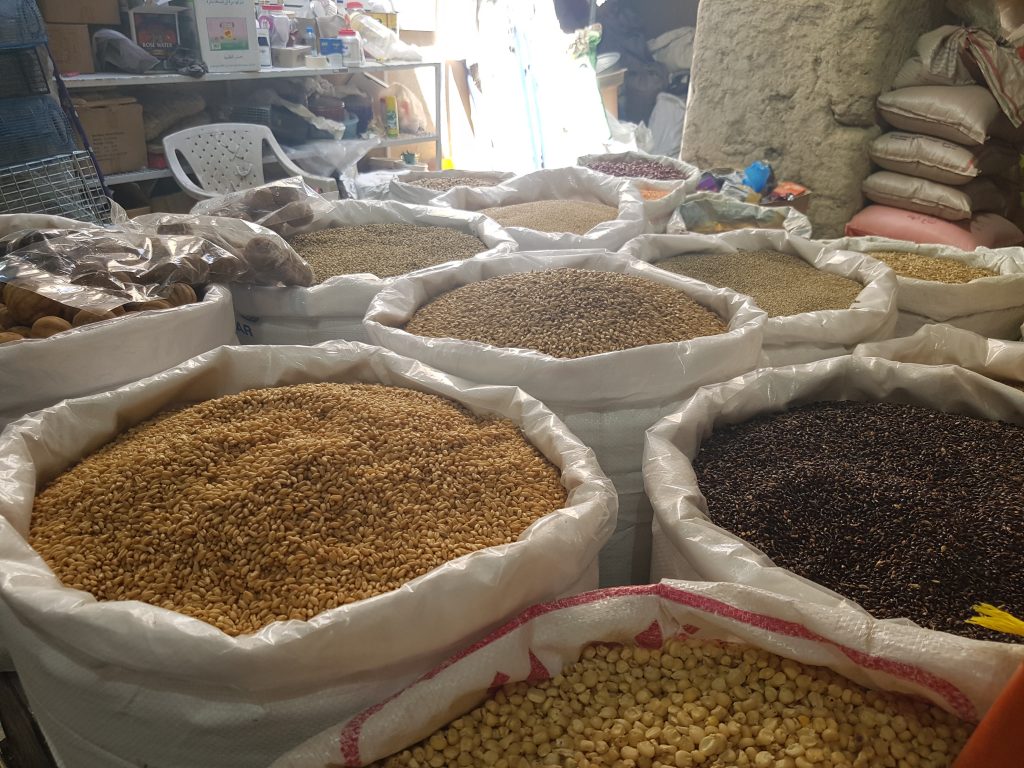 Nobody can go home empty handed from a souq. © Michaela Falkenroth

Last but not least we take home a connection to a culture that is very different from our own and often painfully misrepresented. No matter if it`s snippets of Arabic, a heightened concern about jinns, the food (my backpack literally doubled its weight and those extra 8 kg are dates, ginger pickle, tea, spices, salt and cardamom-milk to make karak chai) or even the ability to let go of toilet paper when necessary – Oman has left many impressions on us.

It will probably take a few days to sort out all the things that we took home. The dates go into the kitchen cupboard, the facts are stowed into long-term memory and new friends are added into the contact lists of our phones. For this blog its time to come to an end. Ma Salama Oman, hope to see you next year inshallah! Shukran!