We, the members of the PASCAL team, are in Accra to organize the program, to give lectures and to do exercises with the participants – and some of us are here  to report about it. Unfortunately, for most of us there is not much time besides or after the scientific program to get to know the capital and its people. At least we get an impression of this incredible city when we commute between the hotel and WASCAL headquarters. Thankfully the other day on the way back to our hotel we could persuade our driver to make some extra turns and show us “his” Accra. 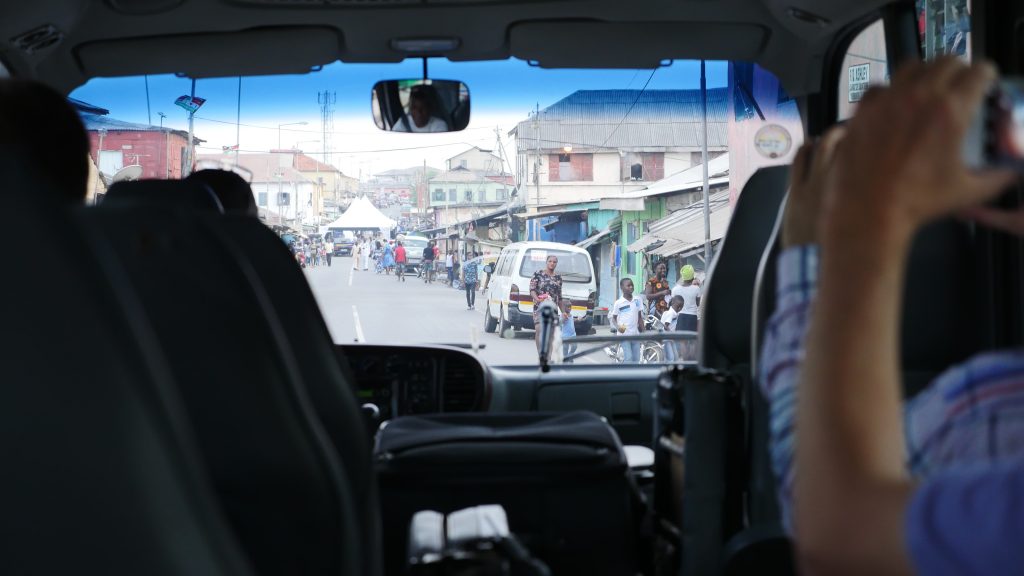 Looking out of the window for us Europeans Accra is kind of unreal. First of all: The city is huge! It has an estimated urban population of 2.27 million (as of 2012!!!) and every day new people arrive from all over Ghana and the neighbouring countries to make a better life in the capital. Nearly 60 percent of the population is less than 24 years old. 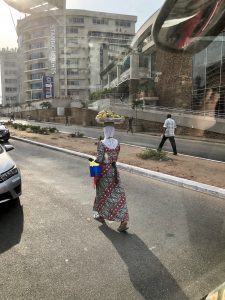 It’s unbelievable how busy life is in the streets of the city. Everywhere there’s motion: Cars and motorcycles clog up the streets, in between young women and men squeeze through the traffic, carrying juicy fruit and plastic bottles on their heads, offering them to the drivers. Simple tin huts line up along the roadside, people gather in front of them, chat, sell car tires or shoe polish, or they have a nap. Everybody runs his own little business, tries to make a living, to survive in this big city.

Women with infants in their arms watch other children play soccer on dusty grounds, they wear nothing but a pair of trousers. Old broken ships line up on the beach – they won’t be put to sea any more. On the next corner young men block a street, they cheer a couple of motorcyclists who try to find out who has the fastest motorbike. In the far distant you can see the black smoke of burning plastic in Agbogbloshie, the world’s largest e-waste dump (Erhard will tell you about Agbogbloshie in s separate post). 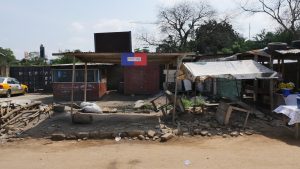 Slowly the streets get broader again. We pass by huge unfinished building sites which in years haven’t been touched by construction workers. One day they might get finished and become an apartment building – or maybe they won’t. Entering the Airport Residential Area, the number of people on the streets drops rapidly. We drive past hotels that start at around 200 Dollar a night. In between car dealers advertise the latest models of Mercedes and Jaguar SUVs.

To me Accra is a city of unbelievable contrasts. Extreme poverty and the daily struggle for life, health and food face wealth side by side with some kind of “normal” life not so different from that in Europe. However, what these two worlds seem to have in common is the calmness and friendliness of the people. The guardian at our hotel gate, the woman from the catering service or the guy who tries to sell me a pair of sandals at the traffic light – they all love to have a little chat and end it with a big smile. 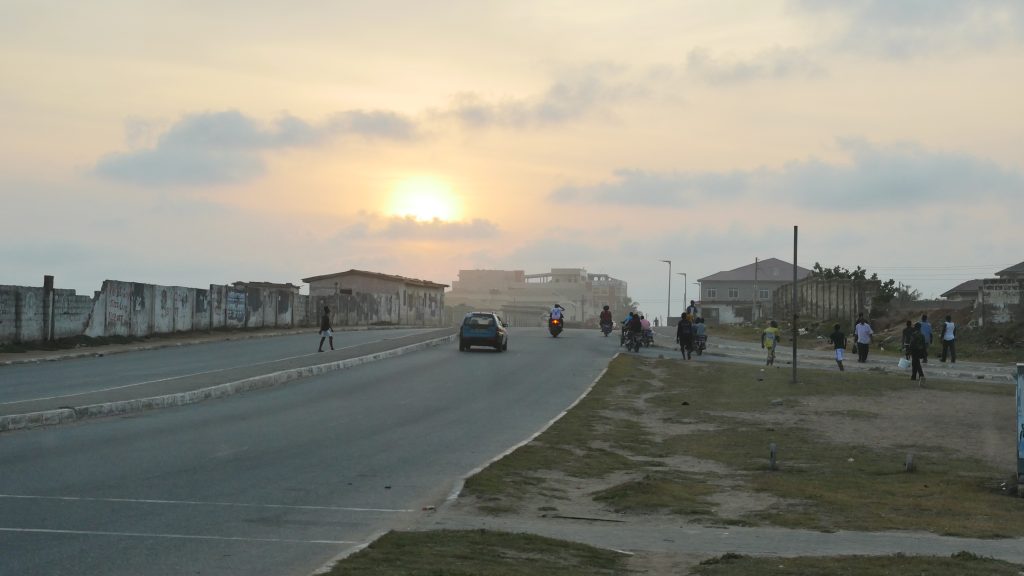 Let’s get this straight: I’ve only seen an tiny part of Accra. My impressions are based on discussions with the people I’ve met so far and on some bus rides through the city. I very much hope that in the remaining days I will have the opportunity to see more of this incredible city and its inhabitants. However, I tell you now, this will not be my last visit to Accra.