This blog is created by the DocTeam (former called Studium Universale) and will be used to inform everyone interested, meaning doctoral researchers, master and bachelor students and other employees within the research center, as well as people from outside the FZJ. Unlike most of the other JülichBlogs, this blog is more about the interdisciplinary work of the DocTeam which is active in several committees and participating in multiple projects than about science.

Before we start with our involvement in committees and projects, we first want to introduce ourselves! As mentioned before, we are called DocTeam; this name is a composition of Doc = abbreviation of doctoral researchers and Team = “A group of people with a full set of complementary skills required to complete a task, job, or project. […] A team becomes more than just a collection of people when a strong sense of mutual commitment creates synergy, thus generating performance greater than the sum of the performance of its individual members.” (BusinessDictionary). You probably think now “what a smart-arse”, but actually, the definition of team, especially the second part of it, fits very well to what we are, as you will learn soon. Of course, also Master and Bachelor students are welcome to join!

Now it is eventually time to introduce the members of the DocTeam  and tell you something about our internal structure. Officially we are represented by four elected spokespersons. Two of them represent us internally, meaning within the FZJ, while the other two represent us on the Helmholtz level and meet with other representatives of other Helmholtz centers (here you can find an overview of all the other Helmholtz centers). They are also called HeJus, standing for Helmholtz Juniors. Every six month two new representatives will be elected for one year, one for each group (internal and HeJus), to have always a group of one oldie and one newbie.

And here they are! 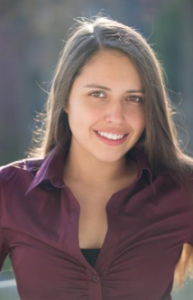 “Air pollution not only affects human health, but also earth’s climate system. Since July 2015 I am doctoral researcher at IEK-8 developing a global aerosol chemistry climate model capable of simulating the formation of secondary organic aerosols. Before that I did my master thesis here at IEK-8 and got to know the Studium Universale. At that time, I was completely overwhelmed by information about the PhDs’ situation, the different people and how nice and warmly they welcomed a master student. Therefore, I chose to get involved and I observed how the former speakers did tons of work to organize the first DocAssembly and create the DocTeam. Without knowing what would expect me, just that I would learn a lot, I became a candidate and was elected for a whole year.
What happened? Something like an explosion of responsibility. Everybody wants to get to know you and there are a huge number of new tasks. My two main tasks are the coordination of public relations and the development of the DocPlatform.” 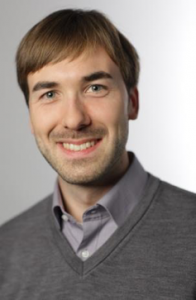 “I’m a doctoral researcher at IEK-9. My research topic is the investigation of solid electrolytes for the next generation of lithium-ion batteries. In my free time I enjoy doing sports, or cooking with friends.

Before I became a speaker of the DocTeam, I was already taking part in Studium Universale for six month. My main commitment is to improve our working conditions. This includes discussions and negotiations with different institutions within the FZJ, e.g. the

Scientific and Technical Council (WTR) as well as the board of directors. My goal is that all employees of FZJ have equal conditions, e.g. 30 days of holiday.” 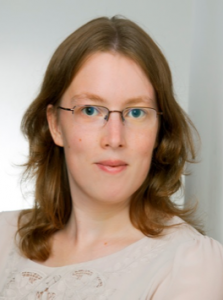 “I am Marion Dostal, doctoral researcher at the institute of energy and climate research (IEK-4). I started my PhD in autumn 2015 in fusion physics. The aim is to understand heat transport processes in the outer plasma edge, to optimize future fusion power plants. Since November 2016 I am part of the DocTeam and responsible for the DocTeam working groups related to “events & social. This includes events like the DocAssembly to give the doctoral researchers a voice by electing representatives, events like Jobs4Docs to show different carrier paths after a PhD and help you to find your way and also events like the soccer tournament to bring people together and establish new contacts.” 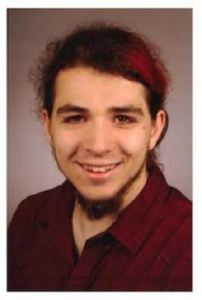 „ I am a doctoral researcher working on a cooperative project between the
institute of solid state physics at the RWTH Aachen and the PGI-1 in
Jülich. I joined the DocTeam in spring 2016 and helped to organize the
NextGen@Helmholtz conference in Brunswick.
Motivated through the insights in the structure and discussions with
individual docs from all Helmholtz centers I want to improve the
situation for doctoral researchers by having exchange with the other
Helmholtz centers to set up common goals and standards for the doctoral
researchers in Jülich. In addition, as a part of the HeJu event group I want to help the doctoral researchers to generate inter disciplinary networks
through the NextGen@Helmholtz conference.”

Maybe you are wondering now, who is electing these spokespersons? Each institute determines a delegate from among their peers, who is then authorized to vote in the DocAssembly the new speakers.

Okay, now you know how we get our representatives, but these are just four people! Alone, they never would be able to cope all the work, such as attending several meetings of different committees per month, perform public relation work, organize various events, improve our working conditions, just to name a few. Here, all the voluntary doctoral researchers (and sometimes also master students) come into play who support the speakers and take over some of the tasks. At the moment, we are a solid team of about 25 to 30 Docs who work frequently on current topics. In addition, there are many people who join us spontaneously whenever they have time. This makes us also a very flexible and dynamical team with no strict structure which is a very efficient way to get things done. With other words: We are […] more than just a collection of people [because we have] […] a strong sense of mutual commitment [that] creates synergy, thus generating performance greater than the sum of the performance of [our] […] individual members (BusinessDictionary). 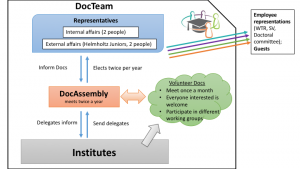 We made you curious? Then follow our blog and visit our homepage DocTeam to learn more about us!

You want to become a part of us? Then just join us! But don’t worry, working on topics is done voluntarily and just listening to gather information about FZJ’s hot topics is fine as well.

How? That’s easy! Just visit us at our next meeting in the gegenüber (central library). It usually takes place at every first Wednesday of the month – next appointment: 1st of February 2017.

Last but not least – a short outlook to what is coming next:

2 Responses to “Hello and welcome to the DocBlog!”