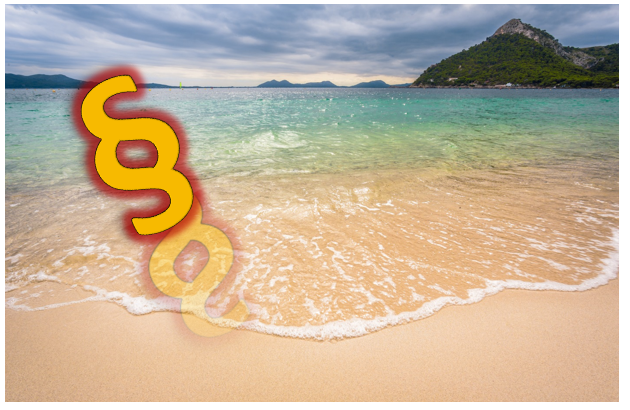 After three to four years a doctoral researcher is at the goal of his/her dreams – getting the doctoral degree! But after the PhD is before the new job! The big question is “what is next?” “Do I want to go into industry? Do I want to stay in science? Should I go into science policy or management?”

Well, that depends on the preferences of every single doctoral researcher, but the FZJ often wants to keep its excellent doctoral researchers a bit longer and offers them a postdoc position (meaning a position for a young scientist, who just finished his doctoral degree).  If you are, right now or in a few years, in this situation – congratulations! However, you should know about some aspects, which have nothing to do with science. Before we get to the actual topic, you should know that this is not just of interest for scientist who want to become a postdoc, but for everyone working in the civil service (öffentlicher Dienst) with a union agreement (Traifvertrag) within Germany! So, read the next lines carefully!

In 2015, the Federal Labor Court (BAG) in Germany followed the jurisdiction of the EuGH with respect to the vacation entitlement for employees who reduce their weekly working hours from a five-day-week full position to a part-time position, at which the working hours are distributed over only three or four days per week. Thereupon, the Federal Ministry of the Interior sent a circular to all associations and federations in January 2016. The main clause of this new jurisdiction is: “The right to annual leave taken at a later time is with respect to the working hours when they were acquired rather than the current working hours. It follows that a change, in particular a reduction in working hours from full time to part time shall not reduce the amount of the unused leave acquired during full time employment.” (Free translated from the original text)

You did not understand a word? Don’t worry! It took us a while, too, to get through this officialese! Hopefully, the following examples will make it easier to understand.

A short calculation should help to understand it better:

Current remuneration per day (since 2016):

This means, if Dr. X takes his 5 remaining vacation days after he started his postdoc, he has to pay 50, – € per vacation day back to the FZJ. Additionally, the registration of the vacation days and the time at which they were actually taken, gets compared by the SAP-HR system, which leads to the situation that Dr. X has to pay some money back. A short example should help to understand this fact better.

Let’s say, Dr. X takes three of his remaining vacation days in February 2016. Therefore, he registers this three holidays in January 2016 using the Mitarbeiterportal. In February then, he takes his three vacation days from February 3rd to February 5th. At the end of February, Dr. X receives his usual salary, meaning 3100 €. However, in March, the SAP-HR system checks if Dr. X really took his three days off and noticed then that Mr. X was actually “overpaid” in February, because these three days were only worth 4 hours of working.

Now, let’s imagine that Dr. X becomes the offer to stay at the FZJ as a group leader after a year as a postdoc. But in the meantime he became also a father and wishes to spend more time with his family. Therefore, he wants to reduce his working hours for a while to 50 % again. Again, he has 5 remaining vacation days from his time as a postdoc (full position), which he wants to take after he reduced his working time. Now, the reversed case applies. His 5 remaining vacation days are worth 8 hours of working, but since he just works 4 hours per day, the FZJ has to pay him the additional 4 hours of his remaining vacation day.

Current remuneration per day (since 2017):

Another issue that can occur is that Dr. X wants to distribute his 20 working hours per week (50 % contract) to 4 days, instead of five. This means, his actual amount of working hours does not change, only the number of days he will distribute them over changes. However, this influences his vacation entitlement. For such a situation, the EuGH (and therefore the Federal Labor Court) divides the time of a calendar year in (two) fictive periods – one is before the change and the other is after the change. This is also true, if Dr. X wants to distribute his work onto five days again after a certain time.

Again, a short example should help us, understanding this principle.

Let’s assume Dr. X changes his employment model to September 1st from a five-day-week to a four-day-week. The fictional period, in which he had a five-day-week includes eight calendar months and the fictional period of his four-day-week comprises four calendar months. Here, the total amount of annual vacation days is set to 30 days. This leads to the following calculation of his vacation entitlement:

This leads to an annual vacation entitlement of 28 days in total.

Please, notice that all the numbers are fictive and taken to make an easy calculation example. Also the story of Dr. X is purely fictional. However, the DocTeam knows cases, were postdocs faced the exact same problems, described in the first case. Now, we try to find a solution with the research center, however, this probably might be difficult since the FZJ is forced to implement the rules and laws given by the Federal Labor Court. Another important point to keep in mind is that a doctoral researcher has often only a 50% – 75% contract (although they are working usually full time; but this is how science work), and therefore, the remaining vacation days still are “only” worth 50% – 75% of a full position. This unfortunately, leads to case number one, in which Dr. X had to pay a certain amount of money back to the FZJ, because he was “overpaid”. However, this is not some arbitrariness of the FZJ, but just how the law handles such situations. This means, to avoid any type of inconvenience, you should take all your vacation days before your Doc contract ends and your Postdoc contract starts. As soon as the DocTeam has news on this topic, we will inform you!

Although, we are talking about Docs and postdocs all the time, don’t forget, these rules are applying to everyone with a union contract working in civil service in Germany! For further information and more details you can find the official circular on the homepage of the Federal Ministry of the Interior.

We hope this helps all persons concerned with this topic and we wish everyone for his/her next vacation much fun and a relaxed time!

All information is supplied without guarantee.