In July 2021 the so-called LLEC::VxG was initiated as a further extension of the LLEC project, in which various organizational units are involved. We have seen the LLEC-abbreviation (Living Lab Energy Campus) more frequently on this blog, but the abbreviation ‘VxG’ might be new. Very often the term ‘V2G’ is used, which stands for ‘Vehicle-to-Grid’. Basically, this means that the battery of an electric vehicle can be charged with energy from the electricity grid, but can also feed energy back into the grid. Hence, a V2G-capable electric vehicle and charging station support the bidirectional flow of electric power. Nevertheless, we decided to replace the ‘2’ in V2G with an ‘x’ because the project scope also includes unidirectional electric vehicles and charging stations that only support charging an electric vehicle. The charging power and charging moment/time might be controlled by the car user. In this case, ‘x’ can be replaced by ‘1’, making it V1G. The double colon (::) in LLEC::VxG is adopted from programming language and indicates that VxG is part of LLEC.

END_OF_DOCUMENT_TOKEN_TO_BE_REPLACED 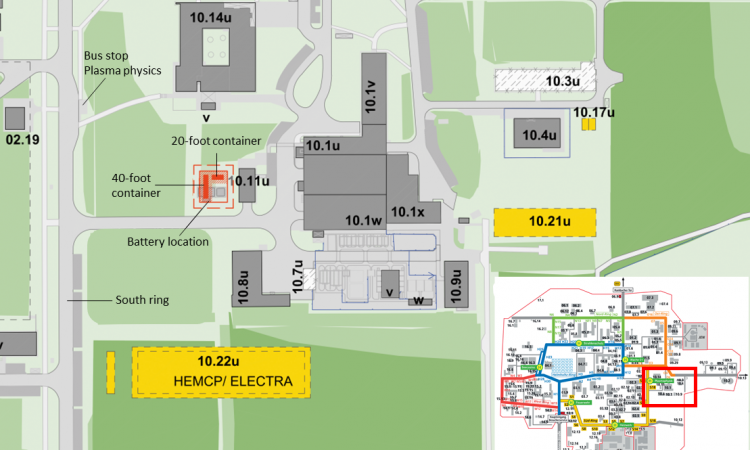 As part of the LLEC energy demonstrators, two battery energy storage systems will be installed on the FZJ campus. These battery systems are quite different from each other in terms of storage capacity and power because this makes them more interesting for the LLEC science case. The first battery is a high-energy battery system with a capacity of 2600 kWh and a power of 595 kW. The second battery is a high-power system with a capacity of 500 kWh and a total power of 1500 kW. Note that kWh is actually a unit to express (electrical) energy consumption for which e.g. the energy company charges you every month some money. However, in this context, it is more common to speak about capacity. The difference between a high-energy and high-power battery is that a high-energy battery has a high number of kWh’s per unit of weight. High-energy batteries are, for example, typically found in battery electric vehicles and laptops to allow long-range driving and user time, whereas high-power batteries are often used in hybrid electric vehicles and mobile power tools to (shortly) boost an electric device with high power. END_OF_DOCUMENT_TOKEN_TO_BE_REPLACED