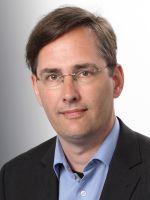 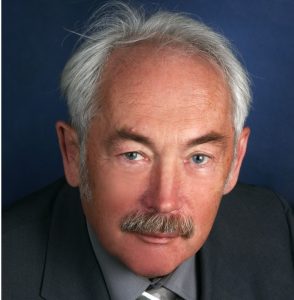 “The news of Peter Grünberg’s passing has filled all of us at Forschungszentrum Jülich with great sadness. Our thoughts are with his family. We have lost an outstanding scientist who set standards worldwide in the field of solid state research. It is no exaggeration to say that Peter Grünberg and his discovery of the giant magnetoresistance effect have dramatically changed all our lives. Without him, modern computers and smartphones as we know them today would be inconceivable. Peter Grünberg was not only an excellent researcher, but above all an esteemed and all-round popular colleague. He remained loyal to Jülich for more than 45 years and we will miss him greatly. Forschungszentrum Jülich will honour his memory, not least through the institute bearing his name – the Peter Grünberg Institute,” said Professor Wolfgang Marquardt, Jülich’s Chairman of the Board of Directors, in a tribute to the Nobel laureate.

We would like to give you the opportunity to share your memories of Peter Grünberg and to offer your condolences on this page.

Please also visit the German version of this page if you wish to see what previous visitors have contributed. 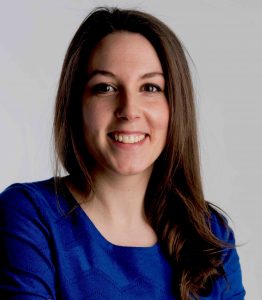 Neuroscientist Dr. Sarah Genon, who conducts research at Forschungszentrum Jülich and University Hospital Düsseldorf, even speaks of a “conceptual chaos”. Within the European Human Brain Project, she heads a subproject concerned with the multimodal comparison of brain maps. Together with Prof. Simon Eickhoff, Prof. Katrin Amunts and other neuroscientists from Forschungszentrum Jülich and University Hospital Düsseldorf, Genon is proposing a new approach that could enable the analysis of large data sets and help to considerably further this area of research in the long run.
END_OF_DOCUMENT_TOKEN_TO_BE_REPLACED 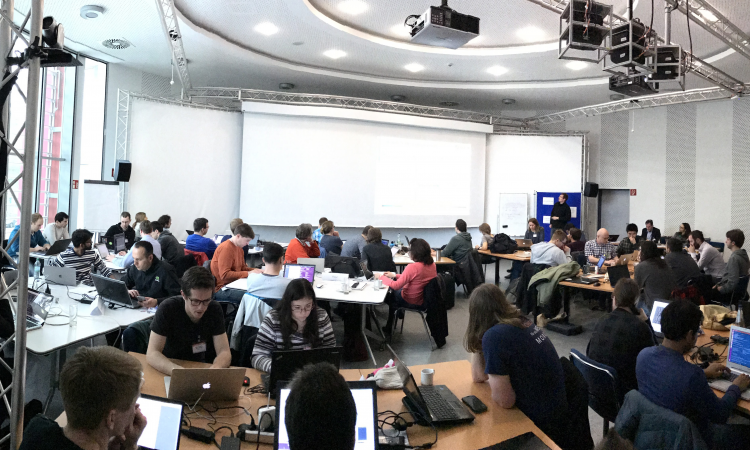 The GPU Hackathons (at times also OpenACC Hackathons) are workshop-like events happening around the world. Five of them are planned in 2017 – and the first one was at Jülich Supercomputing Centre last week. Organization is coordinated by Fernanda Foertter from Oak Ridge National Laboratory, who also joins the Hackathons to guide through the week. END_OF_DOCUMENT_TOKEN_TO_BE_REPLACED

I was very excited when I discovered that I was to go from Jülich to Chile for my research. And here I am! I feel privileged at having the opportunity to work surrounded by this amazing natural environment, especially as I have been travelling a lot since I have been here. That’s necessary anyway, since I’m collecting data in four national parks for my research. From the Atacama Desert to the monkey puzzle trees in Nahuelbuta’s pristine forests, the landscape changes at every turn. 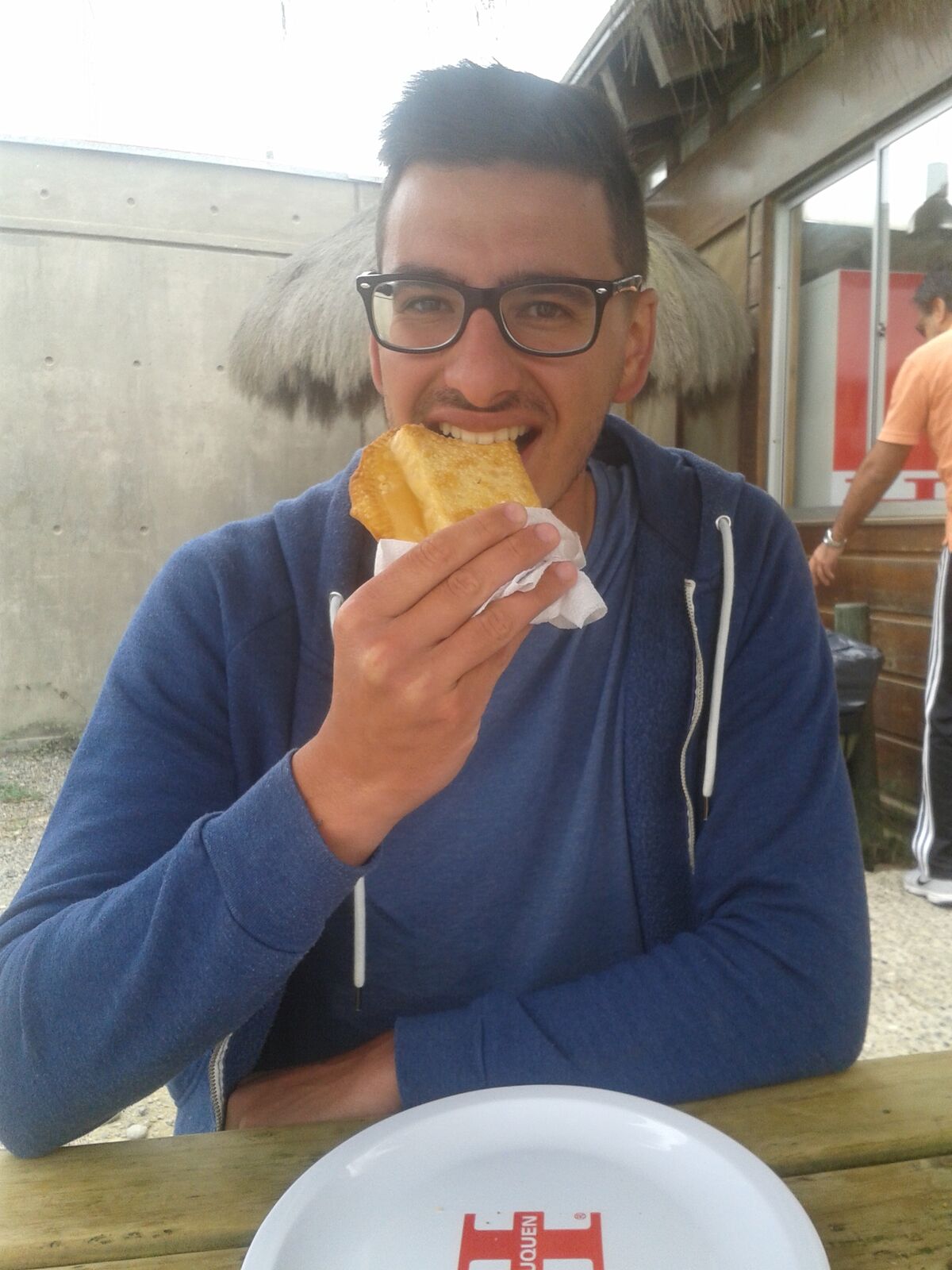 And what is better after a long work day than enjoying a typical Chilean empanada – a special type of stuffed bread – sitting on the seaside admiring the sunset while listening to the relaxing sound of the ocean waves crashing on the shore? If I get the chance to pay Chile another visit, I will definitely go for it!

Igor Dal Bo is a Doctoral researcher at the Institute of Bio- and Geosciences, Agrosphere (IBG-3). He has been spending five weeks in Chile working within the German-Chilean research initiative “Earthshape”, funded as a priority research programme by the German Research Foundation (DFG). He is investigating weathering profiles using geophysical methods like GPR, EMI, and ERT, aiming to correlate them with geochemical proxies.

First off, JSC always has a booth on the exhibits floor. The floor hosts a large exhibition in which different vendors from industry, universities, academic institutions, and other supercomputing-related projects showcase their offerings. Being a long-time attendee and one of the largest supercomputing centres in Europe, JSC has quite a prominent booth, which it shares with RWTH Aachen and the DEEP project this year. We present our supercomputing systems, current research and projects, and tools we develop. For instance LLview, a tool to visualize the load of our supercomputers. Also, our new Human Brain Project PCP systems have a display wall. END_OF_DOCUMENT_TOKEN_TO_BE_REPLACED 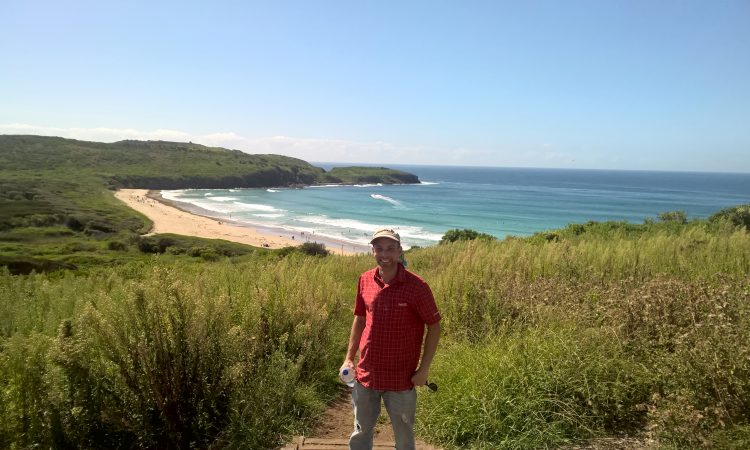 Beat Keller is a doctoral researcher at the Jülich Institute of Bio- and Geosciences (IBG-2). He has been spending one month conducting research at the University of Wollongong and at CSIRO in Canberra, Australia. He analyses the fluorescence of plants in relation to their photosynthesis rate, for example in order to recognize stress early on… END_OF_DOCUMENT_TOKEN_TO_BE_REPLACED 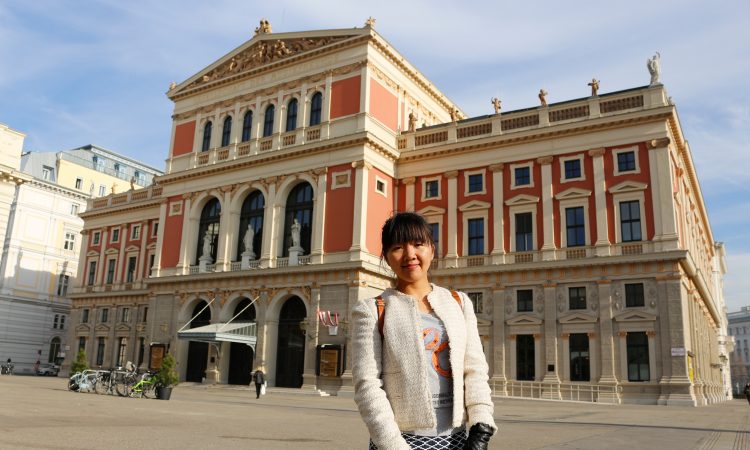 Sissi, palaces, the Danube – oh, Vienna is that and much more! For example, the city is full of musicians and artists. I often hear the stirring melodies of famous classical composers when I stroll through the city. I also love taking the classic red trams with their chiming bells, surrounded by the many modern buildings. In doing so, I’ve stumbled across a gorgeous waste incineration plant that the Austrian artist Friedensreich Hundertwasser designed to look like an oriental fantasy castle. Here, I can really feel the mixing of history with the modern life of the city. END_OF_DOCUMENT_TOKEN_TO_BE_REPLACED

We invite former doctoral students to write a blog post about their dissertation and their time at Forschungszentrum Jülich. Today, we are pleased to present a guest contribution by Dr. Siaufung Dang. #MyPhD 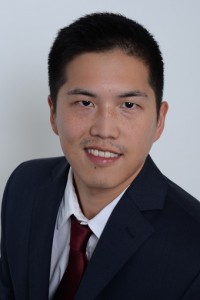 In my PhD thesis I have focused on ab initio calculations to derive key properties of intercalation compounds for lithium ion batteries. In this respect I have been working on LixCoO2 and LixMg2Si which are both solid solutions within a defined compositional range. Key properties include the intercalation voltage, structural features and thermodynamic properties.

Battery technology penetrating many areas of industry and everyday life is a field with great impact on the development and the sustainability of our society. However, ab initio methods still belong to a field dominated by theorists and should be promoted to be more accepted in applied sciences. The employment of ab initio calculations in an “intelligent materials design” fashion is expected to continuously gain importance in the next years and decades. Therefore, it is imperative not to miss the point of opportunity to reinforce the activities regarding the utilization of ab initio methods on real materials in high-tech applications such as batteries. END_OF_DOCUMENT_TOKEN_TO_BE_REPLACED